WiKiLeaks: ‘It’s Been Clear From The Beginning, Hillary Clinton Is Going To Win Election’

Julian Assange and WikiLeaks[1] are now saying that Hillary Clinton was the chosen candidate all along and will win the presidential race. He also indicates that they only supported Trump because he would create chaos and fear. Remember when I said that no matter who wins this time, the real winner is Russia? Well, here it is. Russia seems to think that Clinton has it in the bag and they are now pivoting. But as I said before, they have enough on the Hildabeast to blackmail her into infinity, so they will control her. I still don’t know who will win… I guess we’ll see on election day.

It will either be Clinton or Trump… those are the candidates we are left with. Maybe I’m as paranoid as Assange, but I think the GOP was complicit in all this. They have openly said they want to get rid of the conservatives in their midst. They have done that. The conservative movement is in pieces and the party is fractured. It may be they wanted Hillary all along and Trump was the best way to ensure that. Whether they were in on it or not, it doesn’t matter… the results are the same. An old shoe should have been able to beat Clinton. If Trump doesn’t, I guess he’ll go off to his new TV network and build that empire. There are those[2] who say that Trump was in on this all along.

If Julian Assange is running the Wikileaks Twitter account, he’s getting more and more paranoid and fatalistic. Wikileaks is throwing in the towel and says Hillary will probably win: 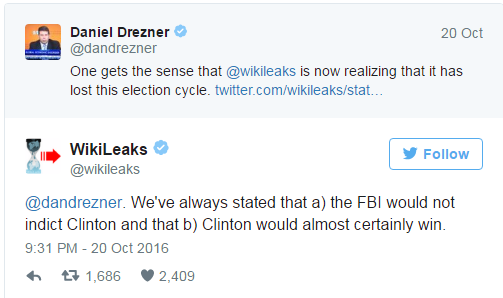 Putin’s going all in on “rigged election”!!

And he doesn’t have very nice things to say about the cheeto-visaged vulgarian:

That *almost* sounds like he’s implying Trump is a mole that infiltrated the GOP from the Democrats. The less outrageous reading is simply that Democrats boosted Trump because they knew they’d beat him easily – and that’s exactly what John Podesta said in this leaked email[8].

There will be those out there shocked by all this. They shouldn’t be. Many believed this from the beginning… that we were all being taken for a ride. Assange and WikiLeaks are tools of the Kremlin…[9] they want chaos and fear in our streets. Russia went to Texas and wanted to monitor our elections. Texas told them to get stuffed. Then they went to Oklahoma and they told Russia they could double down on getting stuffed. At least there’s that.

WikiLeaks thinks the election is a dog and pony show that gives Americans the illusion of choice. Assange may just be right on that one. Again, vote your conscience… ignore the polls and see what the outcome is. Then America has to deal with those consequences. 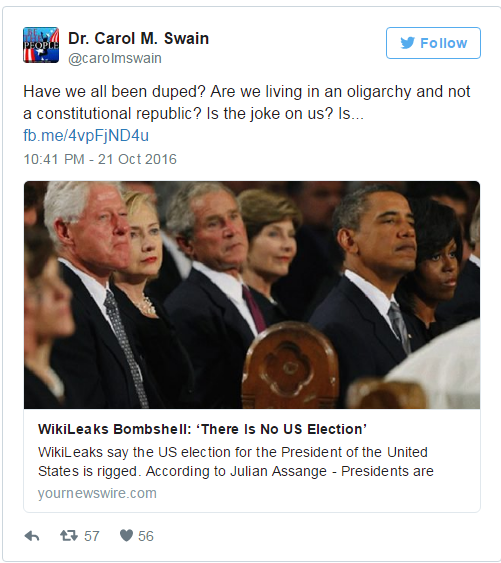 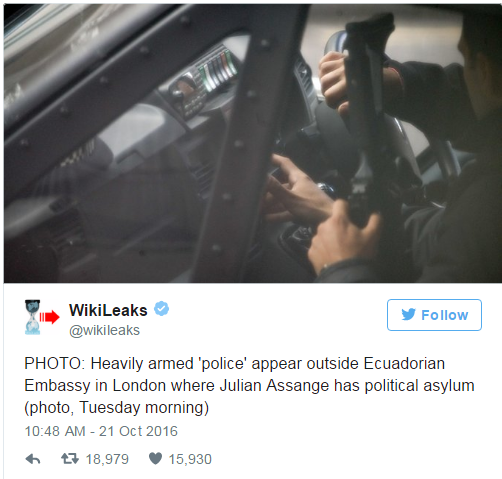 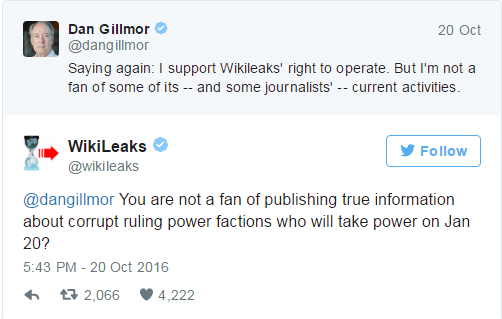 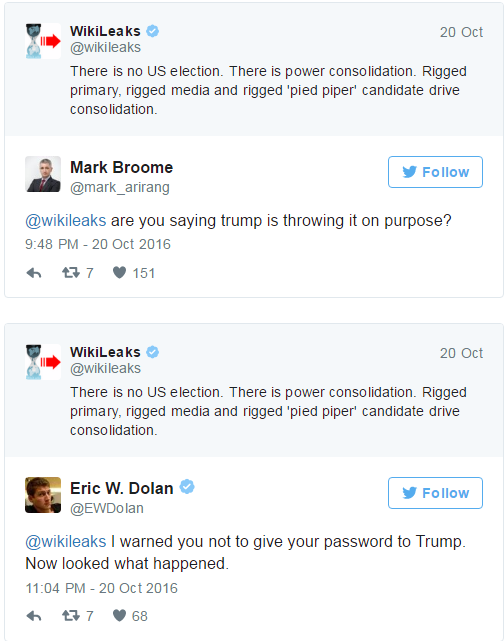