WikiLeaks is promising Phase 3[1] of their Clinton email dumps this week. They have already done 24 releases, totaling 39,000 emails. They promised to release 50,000 emails before the election, so this week should be very interesting. Hillary and those around her have been constantly exposed by WikiLeaks. Nothing earth shattering, but still… very enlightening. Too bad the press never really ran with it, but then, what would we expect from the Clinton propaganda machine?

WikiLeaks is also looking for donations. They are not saying what the third phase entails, but this close to the election, you would imagine it is probably something damaging. I’m not going to get my hopes up though and frankly, the FBI investigation is probably enough to do Clinton in as a candidate. Each day this week will be another revelation probably. The polls are not reflecting all this yet, but then again… who trusts the polls anymore? 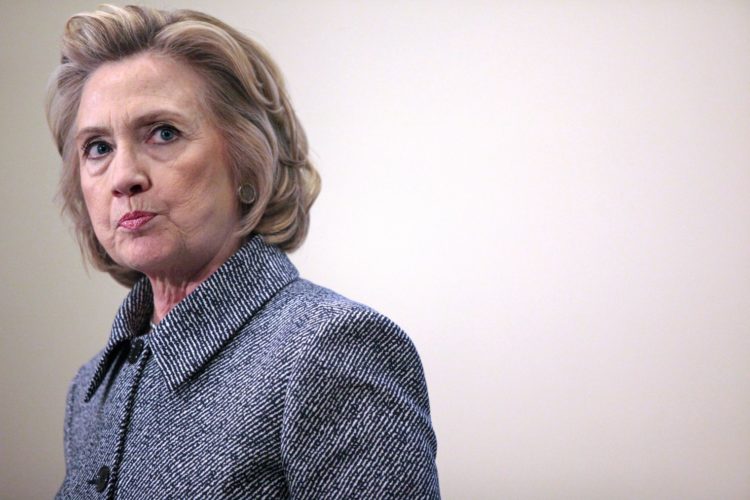 On Sunday night, Wikileaks enigmatically tweeted that it would launch “phase 3 of [its] US election coverage” in the coming week. The site put politicians on notice Sunday evening in a tweet that also included a plea for donations.

“We commence phase 3 of our US election coverage next week. You can contribute: https://shop.wikileaks.org/donate @WLTaskForce” the whistleblower website announced moments ago. 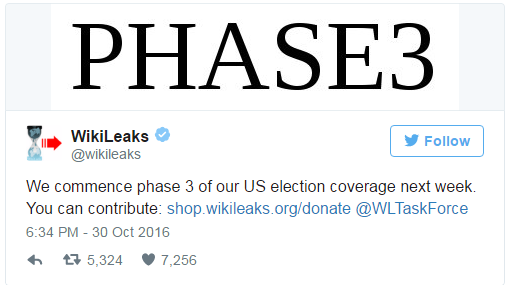 As the Hill noted[4], Wiki did not provide information about what the third phase entails or if there are still more revelations to come. As a reminder, Wikileaks’ founder Julian Assange currently finds himself in the Ecuador embassy where his internet access has been revoked for the duration of the presidential campaign to avoid the appearance of intervention.

Assange is claiming that his next release of dirt on Clinton will lead to her arrest. I kind of think Comey and the FBI beat him to the punch there, but who knows?

WikiLeaks has already caused massive turmoil in the Clinton camp and the DNC as well. Heads have rolled and their plotting and corruption have been revealed. I just don’t see how anyone can vote for this corrupt monster. I dream of the day that she is indeed behind bars where she belongs.