Congressional committees are a joke. When was the last time something actually came of one? All these neanderthals do is lie out their rear ends because there is no real accountability. Unelected bureaucrats are a scourge on our society right now. They are not accountable to voters, they can write thousands of pages of regulations and they cost tax payers millions and billions of dollars. They are supposed to be somewhat impartial aids to help run the federal government. They are far from that and are all usually the worst kind of activists[1]. 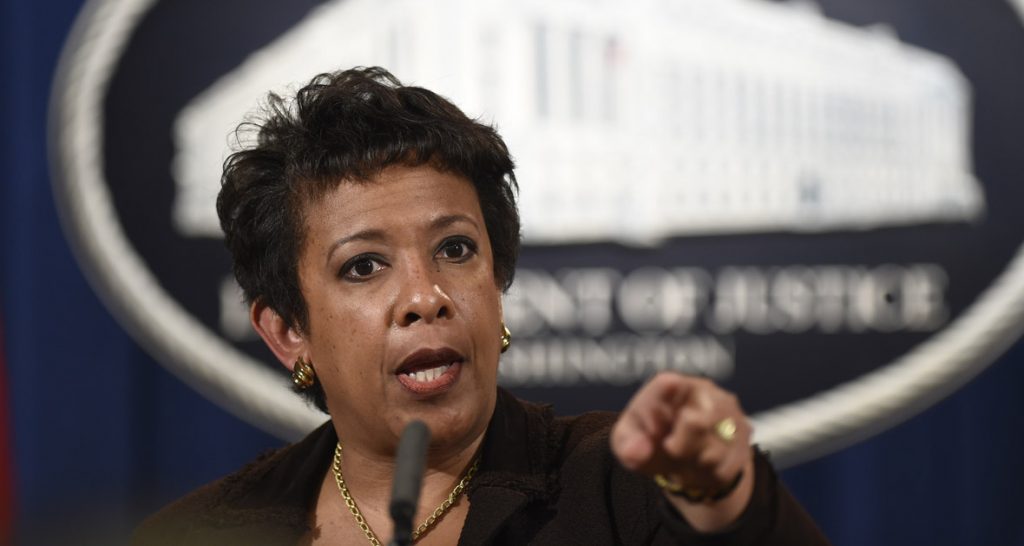 The Washington Times reports that former Attorney General Loretta Lynch met with Congressional Republicans about the infamous tarmac meeting between Bill Clinton and herself where they discussed grandchildren and other benign topics.

We all know this game. It’s rigged against us, the people. These blood sucking parasites can do whatever they want and get away with it. The thing is, even if they didn’t talk about the campaign, or sweeping all of Hillary’s evil doings under the rug, which is what I believe happened, the optics of it all look terrible. Imagine my shock when I figured out Lynch isn’t talking.

“Mrs. Lynch has been accused of attempting to influence the FBI’s investigation into Mrs. Clinton’s private email use while secretary of state — and both she and Mr. Clinton say the meeting at the Phoenix airport was a chance social encounter.

“’At one point, the attorney general [Lynch] had directed me not to call it an investigation but instead to call it a matter, which confused me and concerned me,’ Mr. Comey told the committee. ‘That was one of the bricks in the load that led me to conclude I have to step away from the department if we’re to close this case credibly.'”

“On Friday, Fox quoted sources saying the former attorney general refused to answer three queries: whether she ever instructed Mr. Comey to characterize the DOJ’s Clinton email investigation a “matter,” whether she liaised with the White House to hold the tarmac meeting with Mr. Clinton and finally — if she could address any issues related to Mr. Comey’s June testimony. Mrs. Lynch reportedly declined to answer any of the three queries.”

Surprise, surprise, the Obama administration, the “most transparent administration ever,” is failing to be transparent. It’s time we stopped giving government credence and just ignore them. We can’t all be arrested for tax evasion right? It just goes to show that legislators cannot be the ones in charge of investigating these crimes. All they care about is being reelected, so why would they care about collusion, obfuscation and zero accountability?

This guy gets it.

Why in the hell is any testimony by Loretta Lynch being given behind closed doors? Her tarmac meeting had national security implications?
No