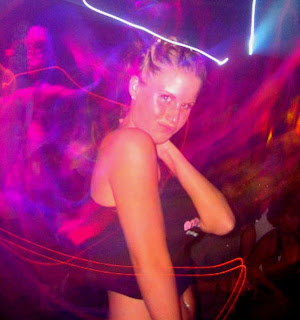 As America withdraws troops from remote areas of Afghanistan like the Tangi, Korangar, and Pech Valleys, insurgents are flooding back in to wreak havoc, necessitating retaliatory raids, redeployments, and stiffening operations to kill insurgents and to protect local Afghan units and villagers, even though some of these Afghan units and villagers may on occasion be in league with insurgents. As the American withdrawal continues, the noose around the cul de sac will tighten, because fewer and fewer forces will be available to cope with the menace posed by spreading hit and run attacks by small decentralized insurgent groups operating in quick time in distant places.

Inevitably, continued troop withdrawals imply the military will find itself in an increasingly reactive operational posture, where it is responding to events rather than shaping them. Faced with this loss of initiative, military leaders will have to substitute even more reactive air strikes and nighttime airborne raids for boots on the ground as it gradually abandons more and more territory to the insurgents. Think of this as a clear and hold process, only one that is now going into reverse, with the insurgents doing the clearing and holding. Moreover, the growing dependence on airpower will increase the unintended killings of civilians that are pouring gasoline on the fires of this insurgency. :

And to settle the dust even faster in the aftermath?

It ought to be becoming clear that, other than reversing the troop withdrawal and escalating with yet another troop surge, the only way out of the trap is to negotiate a political settlement with the insurgents. There is no dishonor in this; in fact, a negotiated settlement is the way most guerrilla wars end.

To be effective, such a settlement must involve and account for the legitimate interests of the regional players, including Iran, Pakistan, and China, as well as the interests of all the Afghan people, but also Great Satan and Russia, and the probably the Central Asian Republics to boot.

The goal should be one of establishing conditions for the emergence of a neutral and prosperous Afghanistan. In view of the trauma and destruction suffered by Afghanistan, initially, perhaps, those conditions should be enforced and stabilized with some kind of multinational “slamic peacekeeping/economic development task force, lead by an major “slamic country without a dog in the hunt, like, Indonesia or Turkey. : :

Whoa hold up – the Ottomans can’t even seem to be a major player in their own near abroad like Syria or Libya – an Ottomanic AFPak seems not unlike happy talk.

Great Satan’s military may be the most important player in the negotiations, and elements of the military are absolutely dedicated to a narrative of victory in Afghanistan.:

While Great Satan has expressed a growing degree of frustration with the Afghan government and Afghan security forces, many of those tasked directly with implementing the partnership have developed good relationships with their Afghan counterparts. The idea that Great Satan might abandon these people to their fate becomes as much a personal and moral issue as a policy problem. These relationships persist despite aggregate trends in Afghan perceptions of America, and vice versa. Similarly, many allied governments have paid substantial costs to support operations in Afghanistan and would view a decision to withdraw as embarrassing, even if their domestic constituencies don’t display any particular excitement about the war.

A withdrawal from Afghanistan is unlikely to lead to a catastrophic “defeat” in the sense of the Taliban regaining full control of the territory and urban centers of Afghanistan. Indeed, withdrawal of combat forces might make it easier for the Afghan government to sell itself as a genuinely independent actor, willing to represent and advocate for genuinely Afghan interests. Nevertheless, a serious assessment of policy in Afghanistan, made as part of an evaluation of:  grand strategic objectives, would ask, “What are the consequences of defeat, and what price are we willing to pay in order to avoid them?” Unfortunately, this question is rarely asked in anything but a rhetorical fashion, used as a bludgeon to force acquiescence in the continuation of a war that may make little strategic sense.:

Pic – “Our objective is to create an Afghanistan that can stand on its own, that ultimately is going to be able to secure its own territory, not provide a safe haven for terrorists, not drag down the security of the entire region”[3]