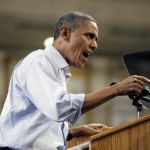 [1]In a speech given Friday to supporters at a campaign stop in Roanoke, Va., the current Oval Office occupant told business owners they owe their business success to government built infrastructure saying:

[3]What about the Pilgrims who immigrated to America on the Mayflower in 1620?:  Were they only successful because of government built infrastructure?

What about those who settled in Jamestown, Virginia?:  Their journeys were financed by wealthy Englishmen, via such charters as the Virginia Company.:  Their leader John Smith, to convince Jamestown colonists to prioritize growing food and building shelter said: “he who shall not work shall not eat.”:  Where were the roads and bridges when they arrived?:  Were there big government bailouts for those who decided they “shall not work”?

Early American landowners who needed laborers paid for a laborer’s passage to America provided they contracted to work for the landowner for several years upon arrival. : By exchanging their passage for work, immigrants could hope one day to start out on their own in America.:  Does that not sound like a private business venture?:  Had Washington DC and “progressive” government been regulating and taxing this process, North America might still be an unsettled wilderness. 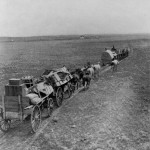 [4]What about the American Pioneers, who set forth across America via steamboat, raft, covered wagon, stagecoach, on foot, mules or horseback?:  America’s Pioneers brought their own dishes, clothing, bedding, farm animals, and weapons with them because there were no stores to buy these items.:  There was no American system waiting for them to arrive.:  There was no government built infra-structure.:  Did they log on to the Internet and use a map site to find their way to the Santa Fe Trail or the Oregon Trail? 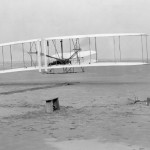 All of these people were successful and they got there on their own.

The outlandish remarks made by he who hopes for re-election display an utter disconnect from America, from who Americans are, how America was built and how America works.:  This is not surprising, coming from someone whose childhood was spent outside America.:  The closest he ever got to America is Hawaii, where his time was spent playing basketball, tokin’ bud and whiffin’ lines.:  Thanks to his parents, his grandparent, his childhood mentors, and his radical college professors his “knowledge” of American history is rooted in the anti-American institutionalized “progressive” leftist view of America.

That view is based on the notion that American history starts when big government socialist programs were introduced during the twentieth century.:  This view disavows all the values and traditions upon which America is built: an adventurous spirit, willingness to take risks, self-reliance, inventiveness, hard work, self-sacrifice and resolve.

The irony is, someone who takes such pride in his academic achievements is incapable of grasping an idea that is simply academic: America did not build business.:  Business built America.:  For America to recover from “the greatest economic downturn since the Great Depression”, it will be business that builds America, not the other way around.