Chinese museum offers $15,000 to anyone who can crack this ancient bone riddle

This is fascinating.[1] A museum in China is offering $15,000 to anyone who can decipher some ancient characters. They are trying to crack the riddle behind their collection of “oracle bones.” They date back more than 3,000 years to the Shang Dynasty. The bones are some of the earliest examples of what they call pyromancy, or divination by fire.

Oracle bones were used to foretell the future for things such as the weather, military outcomes and personal fortunes. First, they would clean the bones of all meat and then they would be scraped smooth. Then they anointed them with blood before engraving it with a date, who the diviner was and what it was to foretell. The bones then would be exposed to high heat in a pit. After they cracked, the fortune teller would read the cracks in the bones to tell the future. 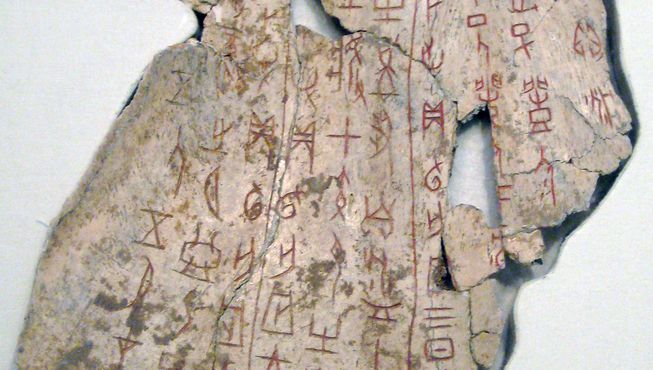 If deciphering ancient characters is something that comes easily to you, a museum in China is willing to pay handsomely for your services.

The South China Morning Post[3] is reporting that the National Museum of Chinese Writing in Anyang has issued a worldwide appeal for assistance in cracking the meaning behind engraved characters on its collection of “oracle bones.” Dating back more than 3,000 years to the Shang dynasty, these bones mark some of the earliest examples of pyromancy, or divination by means of fire.

An ancient form of soothsaying

Oracle bones were used during the Shang dynasty (1600 to 1046 B.C.) to foretell future events such as weather, the success of military campaigns, and personal fortunes. The bones were prepared by cleaning them of meat and then scraping or smoothing them to create a flat surface. Anointed with blood, they were engraved with a date, the diviner (sometimes even the Shang king himself served in this role), and the topic of the divination. After being exposed to intense heat in a pit, the bones would crack and the diviner would interpret these cracks for answers.

After the bones were used, they were discarded in special pits. One pit that was unearthed in 1936 was found to contain more than 17,000 bones. These types of bones were discovered in 1899. They have now unearthed more than 200,000 oracle bones to date. Many more were destroyed by Chinese herbalists and pharmacists. They consider the bones to have magical qualities and would grind them up to treat all kinds of maladies and wounds.

The characters have some resemblance to Chinese characters. But experts are puzzled by them. “Since it was a long time ago and many places have changed their names, it has been difficult to verify them,” Liu Fenghua, an oracle bone specialist from Zhengzhou University told Chengdu Economic Daily. “For financial reasons, many oracle bone scholars have changed their research focus to other subjects.” That is why they are offering the $15,000 prize for deciphering the bones. That’s per character. Once approved by two separate language experts, the money will be handed over and the individual can try cracking another character. Just one success can make the career of a Chinese linguist. Wonder who that will be. 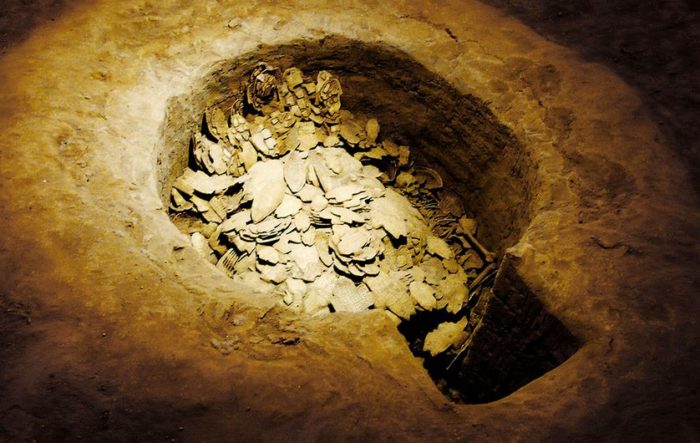 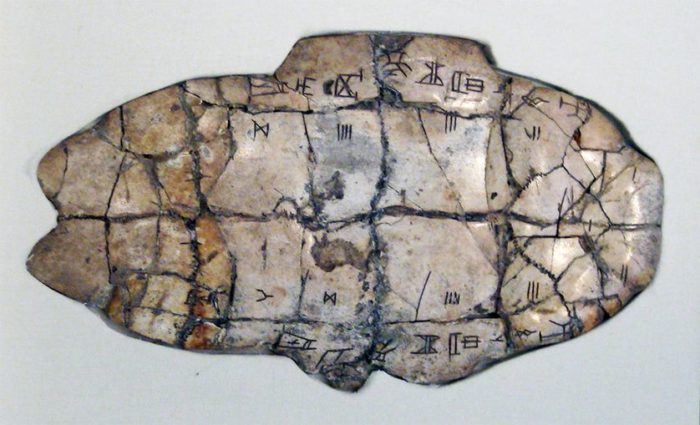 A cracked tortoise plastron carved with characters dating back to the Shang dynasty. (Photo: BabelStone/Wikimedia)