Claim from declassified CIA Report: The CIA ‘found’ Hitler alive in Colombia in 1954

Recently declassified CIA documents appear to indicate that a man calling himself “Adolf Hitler” was discovered alive and well in Columbia in the year 1954. Apparently he was living in a community of ex-Nazis and SS members, but agents didn’t take these claims (also made by an ex-SS officer) seriously.

The police chief in Caracas did, however, take the information to his superiors, even attaching a picture to the report that appears to show the SS officer and the man purporting to be Hitler. Though pictures weren’t as HD as they are now, but you are going to see that the resemblance is quite astonishing. 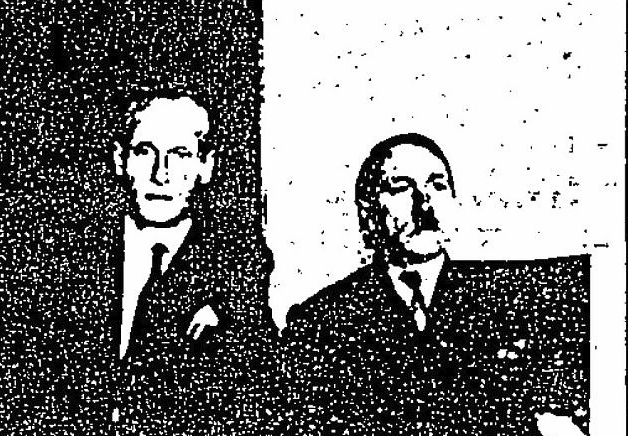 According to the file, a man named Phillip Citroen confronted agents in ’54 stating that he had met a man identifying himself as Hitler living in Tunja, north of Bogota.

By the time anyone was able to take action on this information, the man (who was called Adolf Schuttlemayer) had high-tailed it to Argentina. The CIA was extremely skeptical of these claims and suggested the matter be dropped.

The information resurfaced after Jose Cardenas – a Colombian journalist – tweeted the files that had been declassified by the CIA in the 90s.

“Citroen claimed to have met this individual at a place called ‘Residencies Coloniales’ which is, according to the source, overly populated with former German Nazis,” the document states.

“According to Citroen, the Germans residing in Tunja follow this alleged Adolf Hitler with an idolatry of the Nazi past, addressing him as Elder Fuhrer and affording him the Nazi Salute and storm-trooper adulation,” it continued.

While documentation was received and archived, sightings of “Hiter” were largely believed to be rumors and no official follow-up was ever conducted.

However, another man came out with a similar story in 1955 and he claimed to be in regular contact with the man calling himself “Hitler.” The man – known by his code name “Cimelody-3” –  corroborated the claims that Adolf had moved to Argentina in 1955, though he didn’t make it clear where specifically he may have gone.

It is believed that thousands of Nazis fled Germany to South America after the collapse of the Third Reich and I suppose it’s technically possible that Hitler could have planted a body double for his suicide and escaped with his people. I mean, the bodies of him and Ava Braun were removed from their home and burned after they were found dead, so who is to really know?

That being said, I wouldn’t put any money on it.