Farmer spotted an extremely strange item in the dirt, but did not expect THIS!!! [VIDEO]

Last year[1], a soy bean farmer in Michigan got more than he bargained for while digging on his farm. James Bristle dug up the remains of a 15,000 year-old woolly mammoth. He dug the skull out, but when he realized it was the remains of a large, prehistoric animal, he called in the experts to excavate. Stone tools were found with the remains, so they think humans killed the mammoth and were storing it for later consumption. It’s one of the most fantastic finds in recent years and must have been a thrill to unearth. Dan Fisher arrived from Michigan to complete the excavation, which is apparently one of the top ten most significant in the state’s history. According to the experts, the newly discovered mammoth will be known as the Bristle Mammoth after the farmer who discovered the bones. 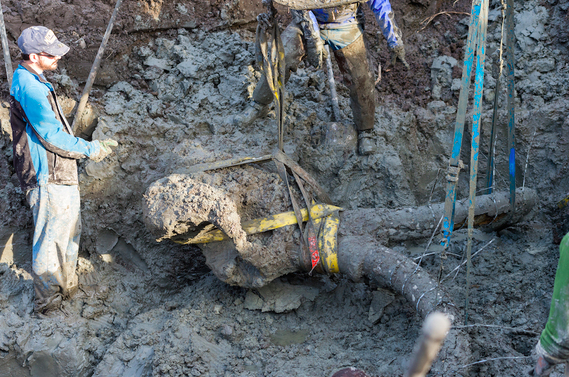 Michigan-native James Bristle was recently working on his farm when he saw something strange poking out of the dirt. Along with a colleague, James started digging a little further and quickly realized that the mysterious object was made out of bone.

Soon after finding the ribs, Bristle came across a skull, vertebrae and even the tusk of the animal – now known to be the remains of a woolly mammoth dating back thousands of years!

At this point he had no choice but to call in the experts, so he reached out to several paleontologists from the University of Michigan and brought them on board. Apparently the bones could be up to 15,000 years old, making it one of the most significant discoveries in recent times.

Scientists estimate that it is a hybrid between a woolly mammoth and a Columbian mammoth. They still don’t know the exact age of the beast. Bristle decided to donate the skeleton to the university so everybody can enjoy it. What else would you do with it? It won’t fit over your mantle. Heh. “I’d like it to go to a place where more people can see it and we can learn more about history from it,” he told MLive. “Really it’s just the right thing to do.” That was indeed the right thing to do and good for Bristle. It’s a once in a lifetime adventure for this man and a spectacular find. Wonder if they’ll be excavating the entire area for skeletons now? 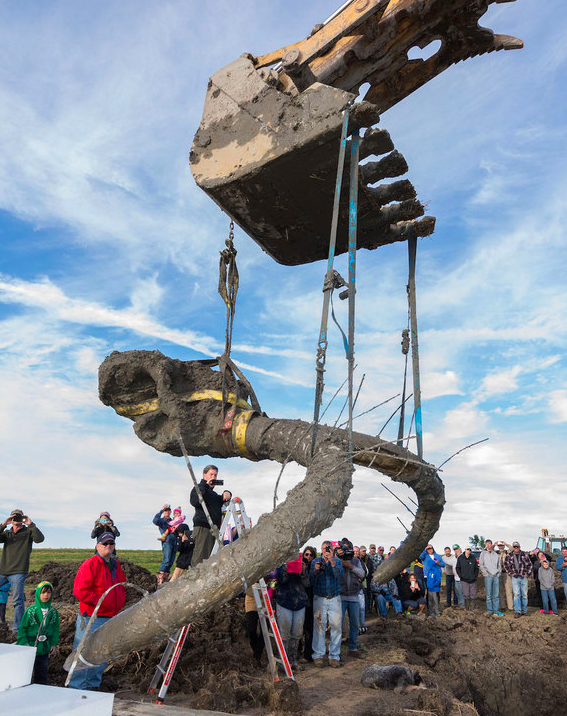