FINALLY! This State Just Made It ILLEGAL To Remove Confederate Monuments!

In this post Obama’s America, we are seeing the damage that has been done to the minds of many Americans who think that it is okay to ERASE history all in the name of ‘social justice’ or hurt feelings or something like that. Not that taking down monuments and rejecting all those who still respect our history will actually erase it from the timeline. It still happened, nothing can change that truth. 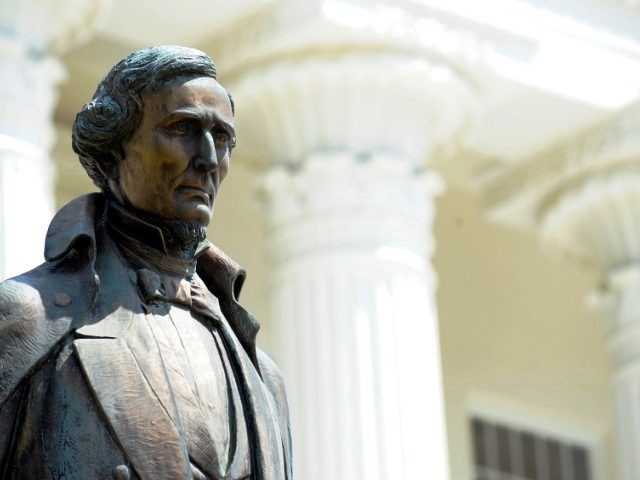 However, the sad part is, we are to learn from history and gain great insight from our ancestors on the good and bad choices they made and the consequences that followed. Why? Simple. Because history repeats itself…and we need to learn from it!

Well, with the frenzy of history erasing going on right now and knowing that we learn from our past, there is great sadness that is about to come upon us moving forward with the new generation coming up without any inkling of what truly happened in the time of their ancestors. This will pave the road to making the same mistakes and learning nothing from our past..because they can’t. It’s been erased.

In light of all this, we have some good news to report for you. There is new legislation in Alabama that is created to preserve history simply by making it illegal to remove monuments that have been in place for more than 40 years. Fair enough?

The Alabama Memorial Preservation Act of 2017 was just signed into LAW and made REAL by Alabama Gov. Kay Ivey. It protects all historical Confederate monuments that have been the left’s target in recent times.

The relocation, removal, alteration, renaming, or other disturbance of any architecturally significant building, memorial building, memorial street or monument located on public property which has been in place for 40 or more years.

State Sen. Gerald Allen (R-Tuscaloosa), who proposed the bill, noted protecting monuments is about preserving history for future generations to learn from, the Huffington Post reported.

“I appreciate Gov. Ivey standing up for the thoughtful preservation of Alabama’s history,” Allen said. “Contrary to what its detractors say, the Memorial Preservation Act is intended to preserve all of Alabama’s history ― the good and the bad ― so our children and grandchildren can learn from the past to create a better future.”

Last week, New Orleans Mayor Mitch Landrieu (D) had the famous Civil War era monument of Robert E. Lee removed from its place at the center of the city’s most famous traffic circle – it had been in place for more than a century, Breitbart Texas reported.

“It is self-evident that these men did not fight for the United States of America. They fought against it. They may have been warriors, but in this cause, they were not patriots.” Landrieu said. “These monuments celebrate a fictional, sanitized Confederacy.”

On February 6, the City of Charlottesville, Virginia, also voted to remove a statue of Robert E. Lee that had stood in the city park for nearly a century, Breitbart reported.

The decision to erase history from the city sparked outrage as people gathered and protested peacefully for several weeks. Eventually, two organizations and 11 local citizens came together and filed a lawsuit against the City of Charlottesville to stop the removal of historical Confederate monuments.

There is some more good news to report too! Other states have also taken steps to preserve historical monuments from the crazy left who are seeking to erase and rewrite history.

To be honest, in all this madness…it is very refreshing to learn that not all those in power have lost their dang minds. Erasing our history? Who does that!!!