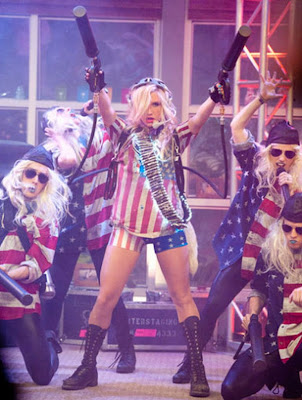 “And it came to pass in the decade after 911, alternate response and historical revisonary visions:  did abound[1]“

The events of 9/11 reverberated through many spheres of American life but nowhere more profoundly than in American policy toward the outside world.:

We launched two wars, in Afghanistan and Iraq. We organized counterterrorism operations in far-flung places such as the Philippines and Yemen, changed the culture of our military and reoriented our foreign policy. We sharpened our focus on al-Qaida and its imitators. And we spent, according to one estimate, $3 trillion.:

And we were, in the terms defined by the war on terror, successful: Ten years after 9/11, al-Qaida is in profound disarray. Osama bin Laden is dead. Fanatical Islam is on the decline. Our military remains the most sophisticated and experienced in the world.:

The U-turn that American foreign policy made after Sept. 11 was not a failure. But under 43 we narrowed our horizons, stopped thinking in broader strategic terms, and paid little attention to future competitors and even less attention to our own domestic weaknesses.:

44, dealt a bad hand from the beginning, hasn’t had the energy, the resources, or the willpower to do much better. Ten years after the events, could it be that the planes that hit New York and Washington did less damage to the nation than the cascade of bad decisions that followed?

What if’s are fun no doubt – often filled with funintended consequences [2](Oh!:  It’s true luv[3]) yet unbound extrapolation may mean it’s also true that Great Satan would be in much the same, or worse sitch even if 911 never went down.[4]

Let’s start in January 2001 and thwart the 9/11 attacks by having Condi Rice and Paul Wolfowitz heed Richard Clarke’s warnings about Al Qaeda. The game starts off well. Al -Qaeda is preemptively decapitated, its leaders rounded up in a series of covert operations and left to the tender mercies of their home governments. President Bush gets to focus on tax cuts, his first love.

Three years later, the murky details of this operation surface on the front page of The New York Times. John Kerry, the Democratic candidate for the presidency, denounces the “criminal conduct” of the 43rd administration. Liberal pundits foam at the mouth. Ordinary Americans, unseared by 9/11, are shocked. ObL issues a fierce denunciation of the U.S. from his Saudi prison cell. It triggers a wave of popular anger in the Middle East that topples any regime seen as too close to Washington.

The government of Qatar–gone. The government of Kuwait–gone. Above all, the government of Saudi Arabia–gone. True to form, the experts are soon all over network TV explaining how this fundamentalist backlash against the U.S.-backed oil monarchies had been years in the making (even if they hadn’t quite gotten around to predicting it beforehand). “Who lost the Middle East?” demands Kerry, pointing an accusing finger at 43. (Remember, prior to 9/11 Bush favored a reduction of U.S. overseas commitments.) The Democrats win the 2004 election, where-upon bin Laden’s new “Slamic Republic of Arabia takes hostages at the U.S. Embassy in Riyadh…

In other words, if things had happened differently 10 years ago–if there had been no 9/11 and no retaliatory invasions of Afghanistan and Iraq–we might be living through an “Slamist Winter rather than an Arab Spring.

Replaying the history game without 9/11 suggests that, ironically, the real impact of the attacks was not on Americans but on the homelands of the attackers themselves.