Let’s walk through this together:

But of course, the liberal progressives backing this action aren’t actually brave enough to publicly announce their plan to remove the statue, so they do it under the cover of darkness like cowards. 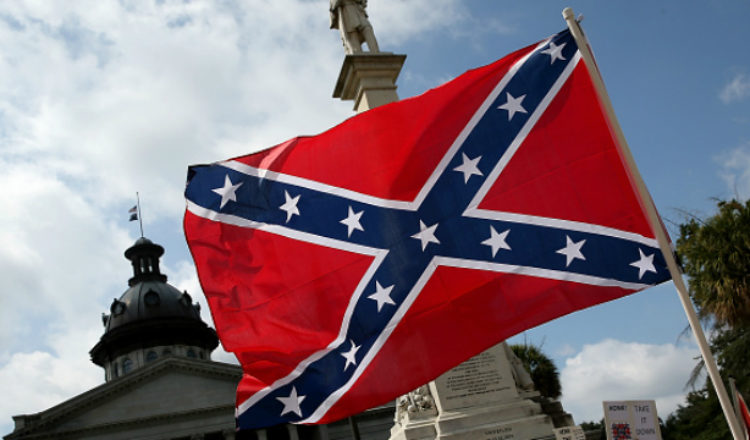 According to Fox News[2], the New Orleans city council voted to remove four statues commemorating the history of the Civil War. The reason? They represent “racism and white supremacy.”

Mayor Mitch Landrieu called the Liberty Monument the “most offensive” of them, demanding it be removed first. The monument depicted whites who attempted to topple a post-Civil War biracial government in the city.

“If there was ever a statue that needed to be taken down, it’s that one,” he said.

Trucks arrived at around 1:25 AM and began deconstruction.

Men with helmets and what appears to be bullet proof vests tearing away crumbling sign on Liberty Monument. @FOX8NOLA[4] pic.twitter.com/As2HcDruLe[9]

The other three statues, depicting Confederate Generals Robert E. Lee and P.G.T. Beauregard and Confederate States of America President Jefferson Davis, are on track to be removed soon.

“There’s a better way to use the property these monuments are on and a way that better reflects who we are,” Landrieu said Sunday.

Should we remove any and all historic monuments that make us uncomfortable? Should concentration camps in Germany be destroyed? Or should they remain as a reminder of what was and what never will be again? Leftists are huge fans of saying “art should make you uncomfortable,” but apparently that only applies to them making others feel the discomfort.

If it weren’t for double-standards, there are some people in the world who wouldn’t have any standards at all.