Obama Panics After This Video Leaks!

Or at least he should.[1] I actually don’t think he really cares or ever did. It’s obvious in this video that Obama hates America. In 2007, he spoke of how he hated that the flag lapel pins that people wore to commemorate 9/11 had come to symbolize patriotism. He stated that he would let his actions speak for his brand of patriotism. Well, they’ve certainly done that haven’t they? He’s brought this great country to her knees and has almost destroyed her. He’s hoping his predecessor will finish us off while he skips over to the UN to do to the planet what he has done at home. Is it any wonder so many people are flocking to Donald Trump and Ted Cruz? They want their country back and they want it made great again. 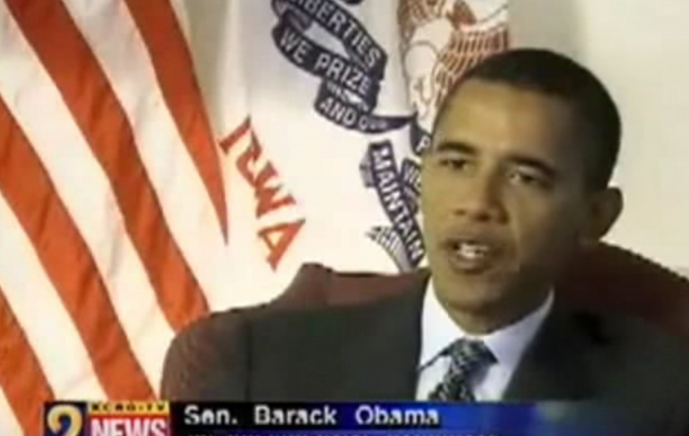 We have been watching Donald Trump dominate the polls and win in New Hampshire on a conservative platform to “Make America Great Again.”

While President Barack Obama has fought the accusation he is a Muslim, questions about his loyalties remain.

Watch (below) a video that has resurfaced of then-Illinois State Senator Barack Obama explaining why he refuses to wear an American flag pin on his suit.

People should have had a clue right at the beginning what Obama had in store for us. There were many of us that warned about him, but instead, they gave him a second term. Now the left wants to elect commie Sanders or corruptocrat Clinton. It’s just mind boggling when you consider the repeated doubling down on stupid here in America. Mainstream America has had it with this crap and I don’t blame them. I’m right there with them. Donald Trump will probably win in a landslide and it will serve all of these Progressives on both sides of the political aisle right. I just hope that whoever gets in there starts to right the wrongs and heal this nation. Obama has torn it asunder and he should be made to answer for his crimes.