obamacare: Tip of the Iceberg 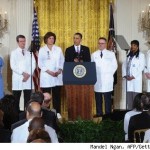 [1]Since the ruling by the United States Supreme Court on Thursday, June 28, 2012, the big news in America has been how the obama administration, then Speaker of the House Nancy Pelosi and Senate Majority Leader Harry Reid misrepresented the legislation to Congress, the Senate and the public.

It was consistently presented as a cost saving measure that would reduce the size of U.S. national deficits, thus helping pay down the debt, while improving the quality and lowering the costs of healthcare. Insurance premiums would be reduced.:  It would provide coverage for uninsured millions.:  If you liked the doctor and healthcare plan you had, you would be able to keep them.

Regrettably for American Citizens, with the exception of covering additional people, none of the rest was ever true.:  It will add to the deficit and to the debt.:  The quality and availability of healthcare will go down.:  Existing doctors will retire and fewer prospective doctors will enter medical practice since the rewards will be outstripped by the costs of a medical education.:  Insurance premiums have been will continue to rise, leading employers to drop coverage for employees, thereby adding to the likelihood that both your doctor and your plan will change.

It was never explained how a system cited as being too expensive was going to fund a new federal bureaucracy, start covering more people with the same number of facilities and personnel at a lower cost, while saving the nation trillions of dollars. 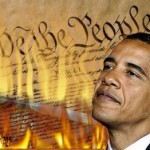 Especially obama, who repeatedly pledged to Americans making less than $250,000 that their taxes would never go up.:  Not their income tax, not their payroll tax, not their capital gains tax.:  None of those taxes would go up, not by one single dime, ever.

The truth is revealed: obamacare: Seven New Taxes on Citizens Earning Less than $250,000

It doesn’t stop there.:  Attacks have been made on religious liberties. See healthcare mandate on contraception in religious affiliated institutions:

There have been assaults on freedom of the press. See White House and Media Matters coordinate attacks on FOX News: 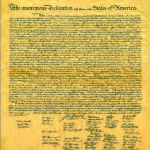 [6]Egregious though these examples may be, in the big picture they are only the tip of the iceberg.

-He has violated the individual liberties of all Americans by imposing forced participation in a government healthcare regulatory system without their consent.

-He has collaborated with his Attorney General to ignore equal protection under the law in favor of selective protections based upon arbitrary factors.

-He has violated the Constitution by accepting the position of Chairmanship of the UN Security Council.

-He has ignored the Constitutional separation of power by appointing “czars” to oversee matters that are intended to be handled by the legislative branch of the government.

-He has violated the First Amendment right to freedom of the press, by attacking television and radio networks, stations and broadcasters while attempting censorship.

-He has violated the individual’s right to free speech through creation of an email address to report Citizens in a blatant attempt to silence dissent through intimidation.

-He has violated the Law by ignoring the War Powers Act and engaging the United States military in overseas hostilities without the consent of Congress.

-He has violated the First Amendment by attempting to impose restrictions on free speech through implementation of Net Neutrality by the FCC.

-He has endeavored to interfere in the free market through the imposition of The Clean Energy and Security Act, which mandates carbon emissions be reduced to 17 percent below 2005 levels by 2020, 42 percent by 2030, and 84 percent by 2050. By 2020, this tax will extract an estimated $160 billion from the economy, or an average $1,870 per family.

-He has violated the Constitution by having the government offer $4,500 rebates to people for turning in older motor vehicles for newer vehicles

-He has interfered in America’s free market by having the National Labor Relations Board sue a privately owned company for planning to open for business in a State that protects an employee’s ability to work free of forced union membership.

-He has interfered in the free market by imposing restrictions and regulations on petroleum, natural gas and coal production in the United States.

-He has abandoned enforcing the security of American borders and protected illegal immigrants from prosecution for violation of immigration laws:

-He has abandoned and insulted our most enduring and faithful allies through speech and action, the most glaring among these being placing the State of Israel on the list of nations that foster terrorism.

-He has sought to impose additional taxes on: America without the people’s Consent.

-For depriving American Citizens in some cases, of the benefits of Trial by Jury.

-For transferring billions of dollars to enemies of the United States through Foreign Aid.

-For ignoring the Constitutional separation of powers by publicly attacking the Supreme Court of the United States.

-For attacking America’s bedrock family values by ordering the Department of Justice to not defend the constitutionality of the Defense of Marriage Act.

-For grossly accelerating and increasing the amount of America’s debt through passage of the American Reinvestment and Recovery Act, which had negligible effect on unemployment, sent billions of dollars overseas and wasted billions domestically by lining the pockets of political cronies while bailing out States guilty of practicing irresponsible budgetary policies.

-For putting America and America’s allies at greater risk through cancellation of missile defense systems.

-For expanding the need for enormous increases in government borrowing,

-For collaborating with his Attorney General to try enemy combatants in civilian Courts.

-For collaborating with his Attorney General and the Bureau of Alcohol, Tobacco and Firearms in the implementation of operation Fast and Furious, which has been implicated in the murder of American Border Patrol Agent Brian Terry.

-For devaluing America’s currency by engaging in the practice of Quantitative Easing, allowing the Federal Reserve to purchase trillions of 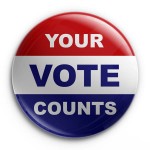 [7]dollars of our national debt.

A president, whose character is thus marked by acts which may define a Tyrant, is unfit to govern a free people.