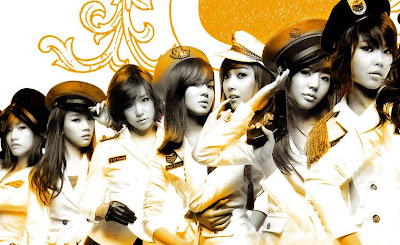 Great Satan’s exDef Sec’s semi recent hello about China’s massive opaque military bling bling[2] got dissed down on touch down with a sad boring asset’d lecture about Taiwan [3]yet it hasn’t stopped Great Satan from trying to be cool to a near field wannabe.

Like any long term hook up – a Great Satan/China Super Friends Hotline has got to be all about honesty and trust on a strategic level.[4]

Joint Chief Chairman Admiral Mullen gives up hot! deets about the state of the challenging challenge for diplopolititary tete a tete[5] with the world’s largest autocratic collectivist nation state on earth.:

First, we’ve got to keep talking. Dialogue is critical.[6]

A good bit of misunderstanding between our militaries can be cleared up by reaching out to each other. We don’t have to give away secrets to make our intentions clear, just open up a little.[7]

That’s why I invited my counterpart in the People’s Liberation Army, Gen. Chen Bingde[8], to the United States in May, and it’s why he was my host in China two weeks ago. We broke new ground by, among other things, showing him Predator drone capabilities in detail and a live-fire exercise; the Chinese reciprocated with a tour of their latest submarine,[9] a close look at an SU-27 jet fighter [10]and a complex counterterrorism exercise.

Our discussions were candid and forthright. General Chen made no bones[11] about his concerns about American arms sales to Taiwan[12], and I made it clear that the United States military will not shrink from our responsibilities to allies and partners. He said the P.L.A.’s strategic intentions[13] were purely defensive[14]; I said that neither the skills they were perfecting nor their investments seemed to support that argument.

Not exactly cordial, but at least we were talking.

Second, we need to focus on the things we have in common.

We’re both maritime nations with long coastlines and economies dependent on unhindered trade. We both face threats of drug trafficking, piracy and the movement of weapons of mass destruction. We both want stability on the Korean Peninsula and in Pakistan. We both recognize the need for coordinated international humanitarian aid and disaster relief.

These are challenges we can tackle together, and missions we can plan and train for, and perhaps someday execute side by side. Our staffs signed a few initiatives in that regard, including a commitment to conduct joint counter-piracy exercises in the Gulf of Aden this year.

We still don’t see eye-to-eye with China over military operating rights in the South China Sea. We still don’t fully understand China’s justification for the rapid growth in its defense spending or its long-term military modernization goals. And we don’t believe that China should be allowed to resolve disputes in contested waters by coercing smaller nations[16]. Instead, as Secretary of State Hillary Rodham Clinton has made clear, we advocate a collaborative diplomatic process among all parties to resolve disputes under international law. And we need better mechanisms to deal with inevitable tensions.

That said, these sticking points aren’t all bad. It’s all right to disagree sometimes, to have substantial differences.

In fact, sometimes bluntness and honesty are exactly what’s needed to create strategic trust. And we will need more of it. Our military relations have only recently begun to thaw, but China’s government still uses them as a sort of thermostat to communicate displeasure. When they don’t like something we do, they cut off ties. That can’t be the model anymore. Nor can we, for our part, swing between engagement and over-reaction. That’s why the commitment by 44 and President Hu Jintao to improve military-to-military relations is so important. Real trust has to start somewhere. And it shouldn’t be subject to shifting political winds.

So, General Chen and I are considering more frequent discussions, more exercises, more personnel exchanges. We both believe that the younger generation of military officers is ready for closer contact, and that upon their shoulders rests the best hope for deeper, more meaningful trust.

I’m not naÃ¯ve. I understand the concerns of those who feel that any cooperation benefits China more than the United States. I just don’t agree. This relationship is too important to manage through blind suspicion and mistrust. We’ve tried that. It doesn’t work.

I’m not suggesting we look the other way on serious issues, that we abandon healthy skepticism, or that we change our military’s focus on the region. But we need to keep communication open and work hard to improve each interaction.

We can shrink from this opportunity, or rise to it[17]. We can let narrow interests and suspicion define our relationship, or work toward more transparency, more pragmatic expectations of each other, and more focus on our common challenges. That would be a great start toward strategic trust.