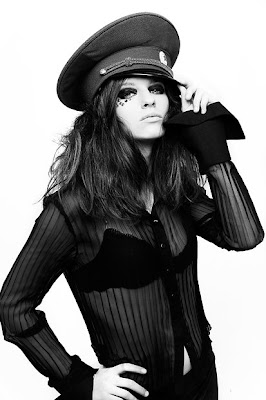 As a really girthy nation/state (ain’t none bigger bay bee![2]) Commonwealth Russia spans like a bunch of the earth’s surface.

As hostess with the mostess of those hot! Siberian resourceful resources Commonwealth’s Military[5] is still suffering from that underwhelming blitz[6] that finally licked Georgia’s peach plumb clean plus she needs her military to get up as close as possible to outperform PLA one day…

“…Only 36% of strategic defense enterprises are solvent, while another 23% are tottering on the verge of bankruptcy.

“…Another problem has to do with human resources. Most skilled workers and scientists are nearing retirement age. At the same time, quite a few technical-college graduates are in no hurry to sign up with the defense industry because of low wages and insufficient career opportunities.

“…The lack of qualified personnel and up-to-date production equipment will inevitably impair product quality. In fact, India, Algeria and some other countries are beginning to file quality claims.

Oh Snap! Only now, the flight of smart cats is spreading to the generals tovarisch![8]

“…Reporting in the Russian media on July 5 on the resignations of another group of generals triggered unusual speculation about their motives. It centered on why a small number of comparatively young and talented generals had resigned, and if this might shed light on the dark recesses of a “reform” that has long-since faltered under the burden of self-contradiction (Komsomolskaya Pravda, July 5).

“…During the reorganization of General Staff officers initiated under the management of Defense Minister Anatoliy Serdyukov in the fall of 2008, that literary concept transmogrified into a unique contemporary experience: the “superfluous general.”

“…The Russian defense ministry is currently pre-occupied with issues such as European missile defense, the future of Russia’s strategic deterrence, and a faltering military modernization agenda; for many “reform” has slipped off the radar.

“…But the underlying issue that transcends analysis of “reform” is that the latest “superfluous generals” were younger with more career potential than previous examples.

“…And the top brass can ill-afford to lose such senior officers.

[9]Pic – “Can’t really forecast Russia’s actions. It is a riddle wrapped in a mystery inside an enigma: but perhaps there is a key. That key is Russian national interests.” [10]