Life Lesson for Bullies from Victim with Asperger’s Syndrome

It takes someone REALLY special to beat someone up with special needs. Personally, if I was the kid or the mom, I would be livid. Gavin, a teen living with Asperger’s Syndrome, was a victim of bullying. But even Gavin has a a better idea than simply pressing charges[1]: 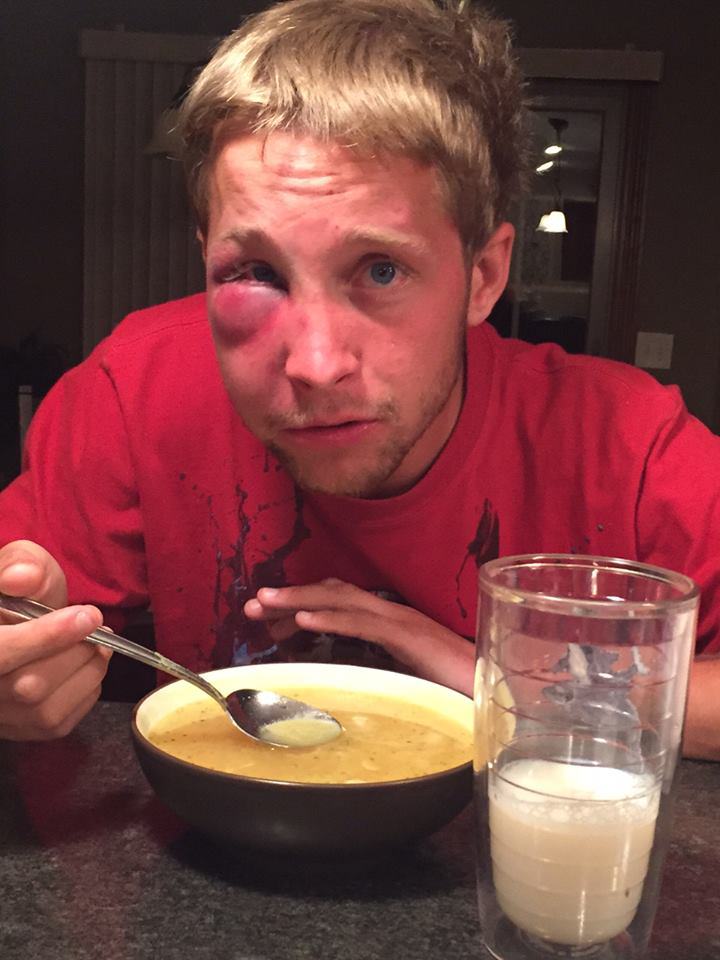 An Illinois teenager with Asperger’s syndrome taught his cowardly bullies a lesson for the ages after dropping charges and opting for a more productive way of getting back at his tormentors.

Gavin’s mother Cortnie Stone wrote a detailed Facebook post about her son’s condition — a developmental disorder that affects the ability to effectively socialize and communicate — and his run-in with a gang of teens who beat him up because he’s “weird.”

Stone then delves into the night her son was assaulted, unfairly, led by a boy who “didn’t ask questions” and “didn’t get to know Gavin.”

He was called to meet someone, surrounded by people he didn’t know, choked, punched, and left laying on the pavement so he would “learn his lesson.”

Gavin suffered a concussion, bruised esophagus, fractured nose, and hematoma in his eye, but “nothing permanent,” according to his mother. Despite the list of injuries, he decided against pressing charges, but did offer a suitable alternate penalty.

He requested their community service to be disability-related, where his attackers would have to write a paper on Asperger’s and watch a 20-minute video statement he taped so they can see the damage they did and hear the event from his perspective.

He and his mother hope his bullies get the lesson this time.

Well, Gavin, it turns out you are the bigger, better man. I hope you heal properly and that this incident will help raise awareness of Asperger’s so that more people will understand.