40 Years Ago He Cut This Dollar Bill in Half… What Just Happened? I’M SPEECHLESS! [VIDEO]

Life has a funny way of working out[1] sometimes. I can’t help but think about what may have happened if I had done this with my high school friends, but I guess we’ll never know. 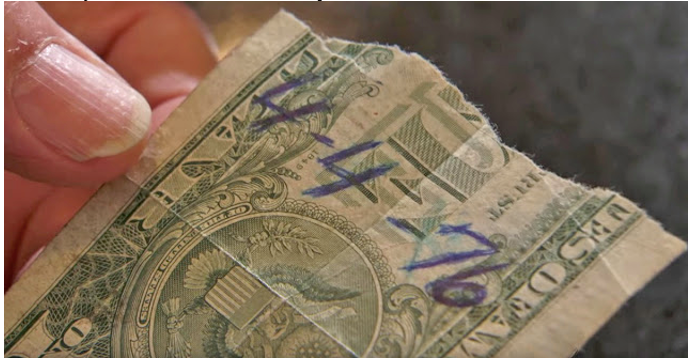 We all make new friends, and the ushering in of new friends sometimes means that you lose some other friends. Everyone drifts apart from their friends, whether they mean to or not, it happens. For some, they have reunions and reminisce about old times.

For these two friends, their reunion was forty years in the making, and completely touching.

Steve Morris and his very good friend Joe Whitehead had just spent a cross-country trip together. They shared an extremely tight bond that could only be broken by the randomness of life.

They knew that eventually they would go their separate ways, so on April 4, 1976, they went to a bar and made a promise to each other.

They said that exactly 40 years later, they would meet in the exact same spot. No matter what happened to them, if they remained friends, lost touch, or anything else, they would come back that day. The two friends split a dollar bill and wrote the date on it so they would remember when to come back.

Eventually, both men fell out of touch, and weren’t sure if the other was going to come back on that day.

Steve wanted to visit his friend again as the day arrived, but was unsure if Joe was going to show up. He hadn’t talked to him in so long he was afraid that he wouldn’t even bother to show.

Then Steve got a call from Joe asking if he was ever going to get the other half of his dollar back.

“It means so much that he had the same thoughts,” Steve said. “I mean, if there’s one person that you’d like to talk to, go back and talk to them. If they’re not around, you’ll regret it.”

The two then went to the same bar from 40 years ago to catch up on everything that had happened to them. The two even brought back their halves of the dollar bills, and Joe took out another dollar to write a new date on it.

The two planned to meet one year after because, let’s face it, they knew they were no longer young enough to be able to do another 40 years!

Watch the reunion below: