This story happened a couple of years ago[1], but is very touching. An 81 year-old man from Grand Rapids, Michigan uncovered a huge secret his wife had kept from him for more than 50 years. When his wife passed away, he had the sad task of cleaning out her old filing cabinets and there he found a letter that rocked his world and changed his life. It was a letter from a woman in 1959 who wrote that the man, Tony Trapani, had a son who was five years-old. His wife never gave him the letter. Two years ago, his son was 61.

Evidently, Trapani’s wife wanted children, but for some unknown reason, filed the letter away and never told her husband. She was barren and could not conceive. After finding the letter, Trapani tracked down his son and met him for the first time. The mystery of why his wife never told him will never be solved now, but at least the story has a happy ending. 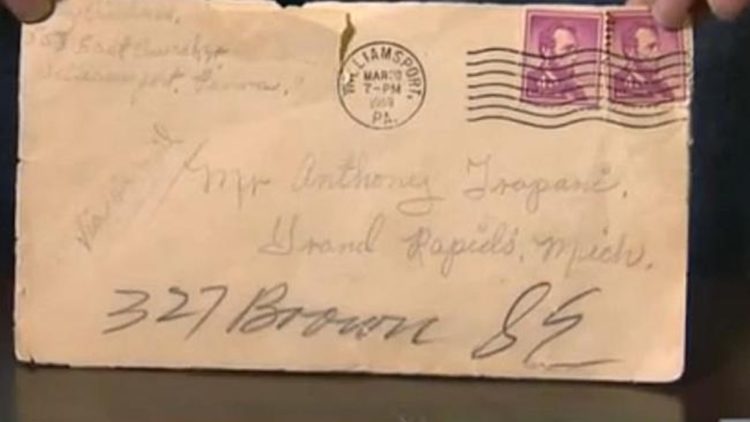 An 81-year-old man from Grand Rapids, Michigan, recently discovered that his late wife had apparently been keeping a huge secret from him for more than 50 years. It was only after Tony Trapani’s wife passed away and he was cleaning out one of her old filing cabinets that he stumbled upon a letter that would change his life forever.

Trapani’s son, 5 years old when the letter was sent, is now 61, according to WXMI-TV[3]. The man reportedly met his son for the very first time on Sunday.

“Why my wife didn’t tell me. I don’t know. She wanted children. She couldn’t have any. She tried and tried,” Trapani told WXMI-TV[4].

He believes that his wife intercepted and hid the letter in 1959 during a time when they were unable to conceive a child. He just doesn’t understand why she did it.

“He’s my full son that I’ve had my whole life, but why my wife hid that letter is beyond me,” he added.

His grown son, Samuel Childress, told the news station that his mother believed Trapani was ignoring the letter and was not interested in connecting with his son. And even though their reunion is late, they are both happy to have found each other. “Just to know him now is so important to me. It’s going to fill that void,” Childress said. It’s just so sad that it took so long.

Trapani will also have a paternity test done to confirm he really is the man’s father. But really, does it matter? They have now found each other and have a lot of catching up to do. I just love that they were reunited after all these years. It’s the feel good story of the day. 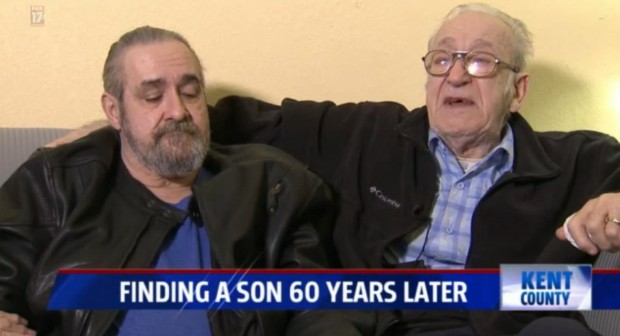