Ketrell Ferguson saw something happening – and decided to do something about it. The unlikely hero had no idea what he had stumbled upon, but when he figured it out, his actions saved her from being raped, AND helped lead to the attacker’s capture. FlyHeight[1] reports: 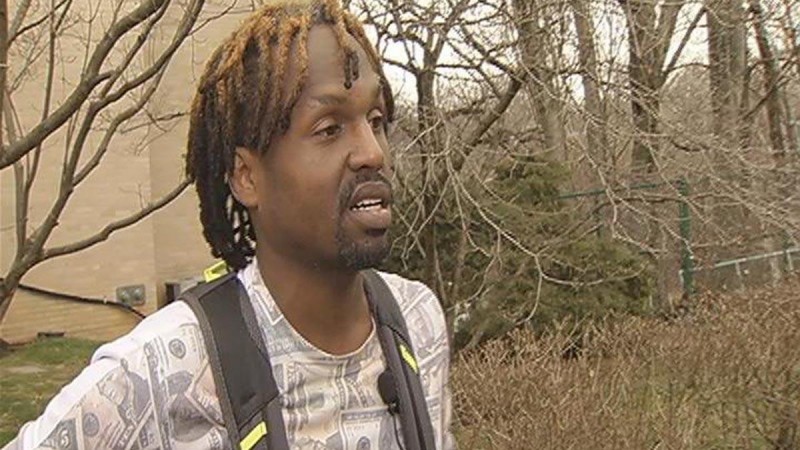 A heroic act of a D.C. man may have helped save a woman who was being raped.

The man picked up a stick and a brick and repeatedly hit the suspect, who was later caught by police. This all unfolded early Tuesday on 16th Street, Northwest.

Ketrell Ferguson says he doesn’t want to be called a hero, but by any measure of the word that’s exactly what he is to a woman who was being sexually assaulted.

“I just cracked him as hard as I could, and when I cracked him he got off here and he started running,” said Ferguson.

“I could see there’s a struggle going on. I thought it was two men on the ground struggling trying to rob him or whatever,” said Ferguson.

Ferguson says when he realized it was a woman on the ground being attacked, he decided right then to save her.

“I picked up a stick and a brick, and I went down there walked soft as possible,” said Ferguson.

Identified as a witness in police reports, Ferguson started hitting the suspect again and again– until he ran away.

“He was moving and swerving and weaving and all that and I beat him outta his shoes,” said Ferguson.

That beating slowed the suspect’s escape and police arrested him an hour later.

After his arrest, the suspect in this case was taken to Washington Hospital Center to close head wounds that he received during the incident.

Ferguson is only a witness in this case. He is not being charged.

What an amazing man! He is an example that all can follow of doing the right thing when confronted with a bad situation. The woman was saved from a horrifying situation, and unlike most types of these crimes, the attacker was caught. Bravo, Mr. Ferguson. Bravo.