Argentinian Village Covered in ‘Slime of the Devil’ After Spider Invasion

If you screech like an angry pterodactyl every time you see a tiny spider on the wall, you’re probably going to want to stop reading at the end of this sentence. If you’re still with me, you’re either a glutton for punishment, or genuinely interested in the cobwebs blanketing Argentina[1]. 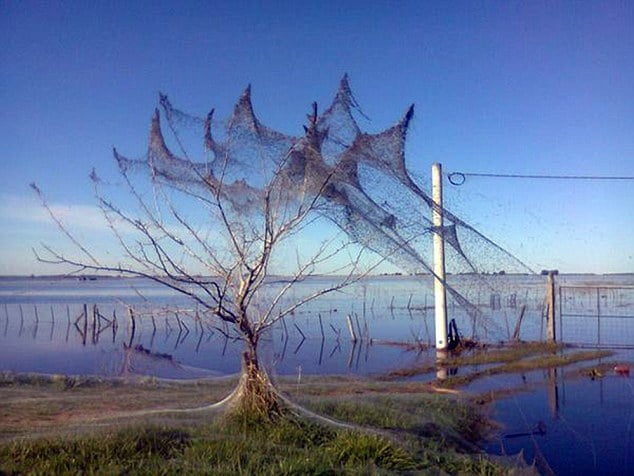 Pic shows: The blanket of spider webs that has covered every surface in a location in South America.

An entire town has been blanketed by a gooey layer of spider webs known locally as ‘slime of the devil’ that has even covered areas of water.

The blanket appeared after an army of spiders suddenly invaded the El Destino area, a collection of rural villages and hamlets which are some 10 miles from the city of Lezama in Argentina.

Locals say that the spiders came after recent heavy rains and they believe migrated into the town to escape flooding in the lower regions.

Once there, they instantly started building webs adding to the threads already used by the spiders to parachute into the area.

The spiders use the threads to fly on the breeze and can travel several kilometres to safe ground in the process known as ballooning. 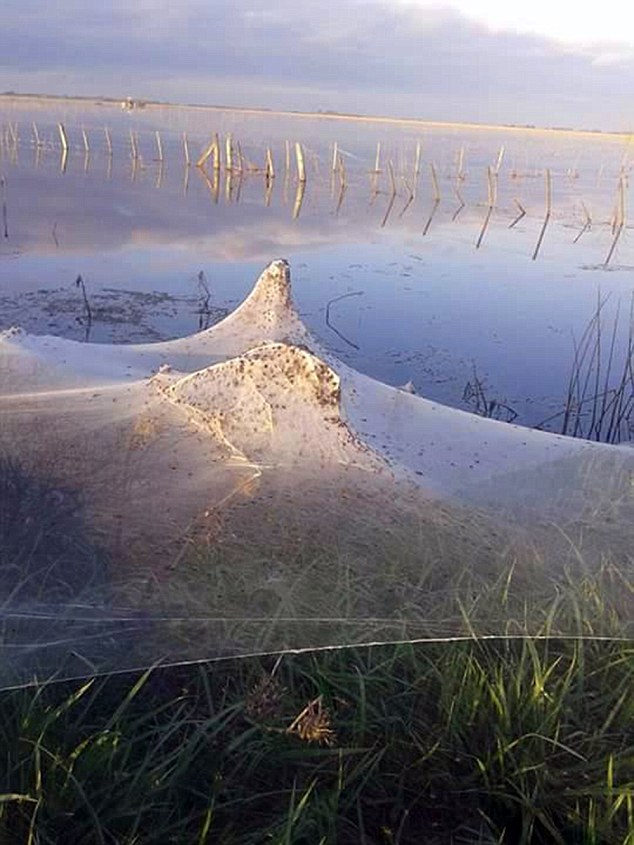 Pic shows: The blanket of spider webs that has covered every surface in a location in South America.

Some images shot by locals and posted online shows thousands of spiders which they say wove a dense fabric on trees, poles and traffic signs.

The unusual sight is known as ‘baba del diablo’, which translates as ‘slime of the devil’.

Their arrival is a direct result of the rising flow of the river in the area due to the heavy rainfall over the last weeks, which has affected around 20,000 people and caused the evacuation of about 2,000.

Local officials have said the spider webs are nothing to be worried about and that the spiders that made themselves are harmless.

Locals however said it was never usually this bad and the last time there had been something similar had been in the 1980s when there was an invasion of other insects, but at a different time of year.

So I’m pretty sure that’s what Hell looks like, especially if you’re arachnophobic. But at least the spiders aren’t poisonous! It’s the little things.
Endnotes: