BREAKING: Baby That Is Sentenced To Death Was Just Given Permanent U.S. Residency [VIDEO]

You can’t say America[1] isn’t doing all they can for little Charlie Gard in Britain. Jeff Fortenberry (R-NE) has tweeted that Congress has now given legal and permanent residence to Charlie. “We just passed amendment that grants permanent resident status to #CharlieGard and family so Charlie can get the medical treatment he needs.” Several hospitals in the US want to treat 11 month-old Charlie. A couple have even offered to pick up the tab for the treatment even though his parents have the money to get it done. That’s what Americans do… we stand for life, not euthanasia. It’s a pity the Brits don’t seem to.

While Americans clamor to save this baby’s life, the High Court in Britain is blocking his coming to the US. They actually had the nerve to appoint an attorney for this family that heads up an assisted suicide group. Talk about a conflict of interest. The law there says that the decision resides with the hospital where Charlie is and even then, they need permission from the court. However, the court says that it would be predisposed to follow the lead of the hospital. It should be noted, they all still want to kill this child. That hasn’t changed. If the parents step in at any point, they could be arrested under the Powers of Protection legislation.

Charlie’s parents have released a new picture of him that is proof that he is cognizant of his surroundings and is alive in every way. It shows him with his eyes open, looking at a toy. The doctors insist that he is blind, deaf, unable to move and badly brain-damaged and believe it is ‘cruel’ to let him live any longer. It sure doesn’t look that way to me. However, this does look to me like the epitome and the end game of socialized medicine. And Margaret Sanger and Adolph Hitler would be proud. Hello Obamacare.

They just held a medical summit to debate the fate of this baby. They claim they have not changed their minds and as of right now, they want to kill the little one. They are convinced he should be ‘allowed’ to die. That’s murder. More tests are being run today and the verdict will come early next week. 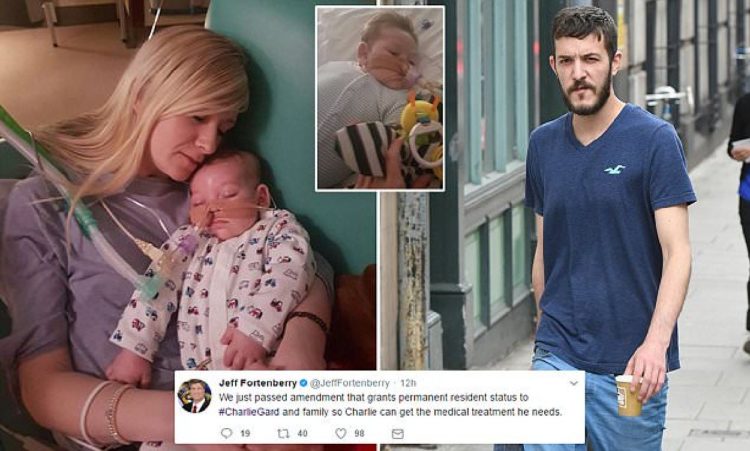 Charlie Gard is being given legal and permanent residence in the US by Congress in order to allow him to fly to America for treatment.

Jeff Fortenberry, Republican U.S. Representative for Nebraska, tweeted: ‘We just passed amendment that grants permanent resident status to #CharlieGard and family so Charlie can get the medical treatment he needs.’

It is the latest move by US lawmakers who are determined to keep up the pressure on Great Ormond Street doctors in the on-going international political row over the 11-month-old’s medical care.

But legal sources said Charlie is the subject of a High Court order and it made no difference what passport he held.

And last Friday, the judge made it clear it would be illegal for Charlie to travel to America without his permission.

The parents’ barrister Grant Armstrong said the parents were of the view that legally it was up to the hospital to change its mind and allow Charlie to be transferred.

But Mr Justice Francis said the effect of the various rulings meant the court’s permission was required.

American neuroscientist Dr. Michio Hirano is a hero in my eyes. He took a stand with another doctor from the Vatican and they have been fighting to save little Charlie. Dr. Hirano examined Charlie for over five hours and he believes that there is at least a ten percent chance of improvement for him. It’s a chance at survival. He argued with the doctors there that there is a new experimental treatment in the US. Two children have already benefited from it with this condition. The British doctors didn’t want to hear it. Tests were conducted today to see if Charlie is a good candidate for experimental treatment on his brain condition.

The little boy had an MRI and EEG as well. The results weren’t released but they were presented at the summit. Both doctors met with Charlie’s consultant pediatric intensivist, consultant pediatric neurologist and an expert in mitochondrial disease. Again, they weren’t swayed. They claim to be steadfast in their opinions and they have not changed since last week. These doctors who are supposed to give people life, say he has ‘no quality of life and no real prospect of any quality of life’. They want to euthanize the child… that is murder in my book.

The court and the doctors want to let Charlie ‘slip away’. That’s a misleading phrase that means they want to remove his ventilator and let him suffocate. If that was unsuccessful in killing the child, they would let him starve to death. Sound familiar? It’s beyond inhuman and cruel. All of their courts are agreeing on this decision.

Three times the courts have tried to have Charlie’s ventilator removed. Three times the parents have prevailed with appeals. This has gone on for four months. The Pope and President Trump have both appealed to save the life of this child. The doctors have submitted new evidence to the High Court. Monday or Tuesday, it will be decided if they will kill Charlie or if he deserves a fighting chance at life. This story breaks my heart… I pray they let little Charlie go, so he can at least have a chance. The child should get that much, not a death decree by heartless bureaucrats. 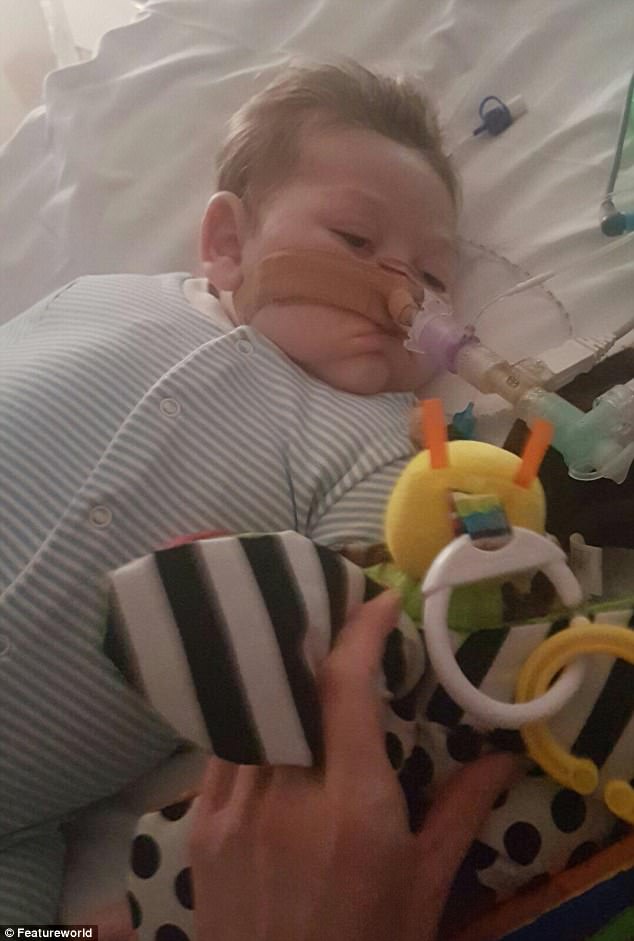 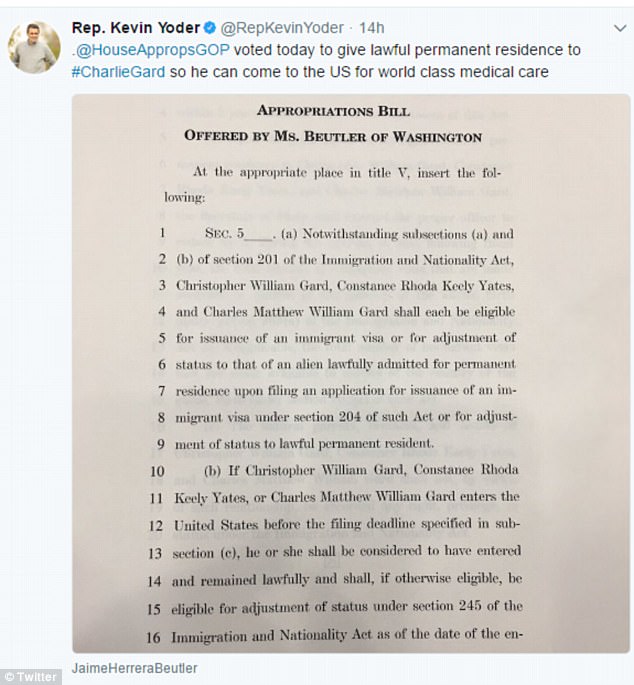