Food allergies are absolutely not a joke and they can be deadly in the worst case scenarios. When someone asks you repeatedly to make sure that there is no trace of whatever food to which they are allergic in the food they’re receiving, it’s not because they’re trying to be obnoxious or flaunt their allergies to make them seem special. It’s because they literally cannot eat anything that has even touched say peanuts, shellfish, etc.

An example of how important it is to make sure that the food you serve is free of a person’s food allergy can be found in 29 year-old Amy May Shead. 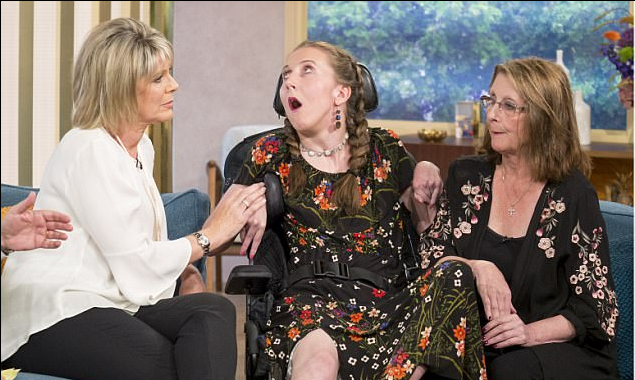 Shead was at a restaurant in Budapest in 2014 when she suffered an anaphylactic episode so bad that she now has substantial brain damage.

Despite alerting the chef of the restaurant to her nut allergy repeatedly, she was assured that the chicken and rice dish that she ordered was safe for her consumption. After just one bite, she was suffering a reaction so bad that two doses of her EpiPen were not sufficient in containing it.

She fell into a coma after her brain became starved for oxygen and doctors told her parents that she might not survive.

Well, she miraculously managed to survive, but she is now wheelchair bound and unable to communicate.

Amy returned to the Today Show, which she used to produce, to continue the fight to take food allergies more seriously. How is she going about that? Well, her and her family are going to try to get nuts banned on flights after a story emerged of a young boy suffering an allergic reaction to bags of peanuts being opened near him.

I’m fundamentally against banning pretty much everything, but when people have reactions so bad that just opening a bag of nuts near a person causes them to go into anaphylactic shock, it gives me pause for thought. Can’t we replace those snacks with something else that doesn’t cause people to have life-threatening reactions?