Couple Is Pulled Over By Police To Learn They Have Body ON Their Car Trunk – But How?

A very shocked couple from Memphis, Tennessee, had the scare of their life when police pulled them over to say they were driving with something miraculously stuck[1] to their trunk…for 10 miles. 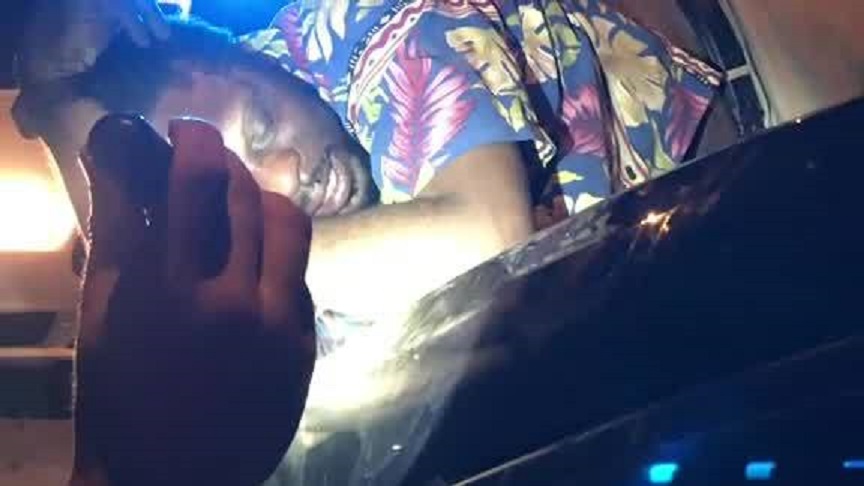 Carl Webb and his wife, Hazel, were joining in at a barbecue cooking contest on May 18. When the event was finished, the Webb’s returned to where they parked their vehicle in a large lot with more than 100 cars. The lot wasn’t the best as far as lighting went and the couple had backed their car in.

Of course, they approached the vehicle from the front and got into it. Without looking in the rear view mirror, they started up the car and drove roughly 10 miles on the interstate before they saw the flashing red and blue lights behind them.

An officer walked up to the driver’s window and asked Webb, “Sir, do you know you have a body on your trunk?”

Webb, unsure what that meant, told local news that the question “did not register,” which prompted the police officer to ask again.

“Mr. I’m not messing with you. There’s a body on your trunk.”

Webb, curious, got out of his car and went along with the officer to the back of his vehicle where, to his astonishment, there was an unconscious man laid out right there on his trunk.

“He was still hanging on, still unconscious, just lying there,” said Webb.

What was amazing was that the trunk was only 14 inches wide. Webb was confused as to why the man was on the trunk in the first place and, more significantly, how he didn’t go flying off the vehicle while it was moving.

“I have no explanation other than that little lip right there saved his life,” said Webb. 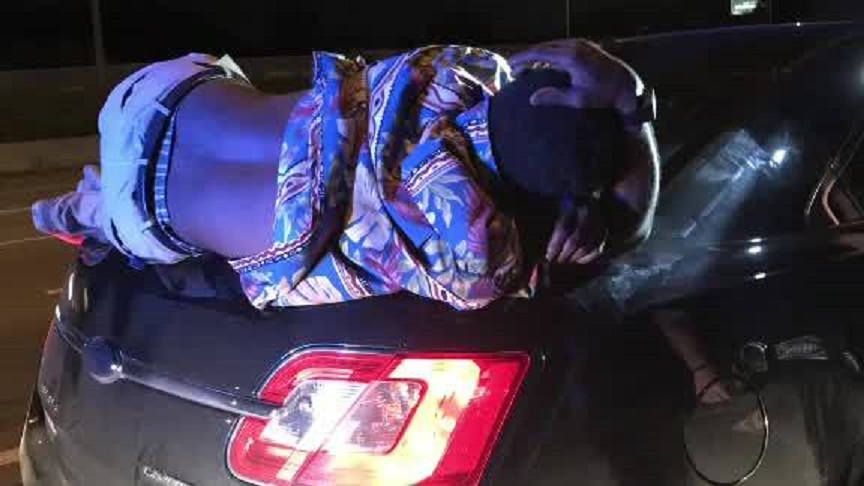 The officer woke the sleeping man, who seemed to have passed out from a little too much alcohol consumption. Webb says the man was so intoxicated that when he got off the trunk, he began to tumble right into traffic. Fortunately, the officer snatched him and moved him to his cruiser.

Webb is glad that everything turned out…Though he did hope that the stranger would get some help with his drinking.