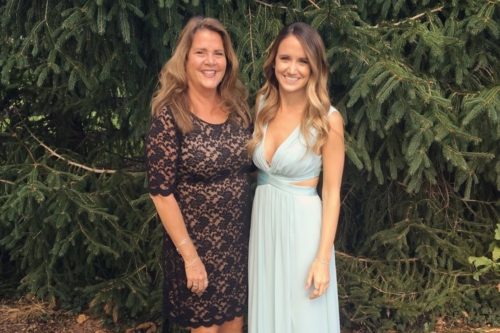 27 year-old Tina Frost, a Maryland native, left San Diego with her boyfriend, to drive to Las Vegas and attend a music festival there on October 1. She was at the Route 91 Harvest Festival, when, in one instant the entire trajectory of her life was changed. Stephen Paddock, holed up high above the concert in a hotel room on the 32nd floor of the Mandalay Bay, shot Tina through the right eye, shattering the front portion of her skull and her forehead and putting her in critical condition. She was transported to Sunrise Hospital and Medical Center where she underwent 3 hours of surgery. The surgery removed a piece of her forehead bone in order to allow for her brain to swell. Also, the surgeon was forced to remove her damaged right eye. Tina was initially in a coma, on a ventilator and no one really knew if she would wake up or even walk again. 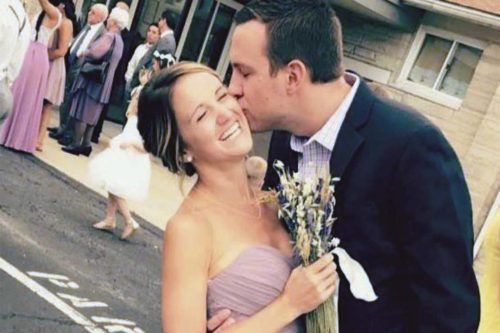 But Tina is a fighter. On the GoFundMe account set up by her mother Mary Watson Moreland, where she also posts updates on her daughter’s condition, there was some good news!

“Today has also been a big day for our TT – she is now waking up! She opens her left eye just a lil and looks all around the room at us, taps her feet whenever music is playing, continues to squeeze our hands, and even gives Austin a thumbs up when asked. She sometimes taps to music and also took her first steps today with the assistance of the nurses – 3 steps to the chair and 3 steps back to the bed. She’s obviously anxious to get her wobble back on. She also breathed on her own for a full 6 hours! We are so proud of our Tina, and everyone is amazed at every single movement she makes. EY San Diego sent a colorful RARE Science teddy bear that she hugs and pats on the back to show us she likes him :). The Jabbawockeez (won America’s Best Dance Crew) paid her a special visit today in her room and they also put on a little show for the hospital.”

The GoFundMe has raised over $500,000.00 for Tina’s care and her long journey to health. Her mother added, “The doctors have been talking about Tina’s next steps and are discussing other hospitals that will have all the specialists she’ll need during her long road to recovery. We’ll know more soon about where we will be next. Thanks for all the thoughts and prayers!”

Violent evil murderer Stephen Paddock killed 58 people and injured over 500 more, that day in Las Vegas. But Tina Frost is determined to rise up and reclaim her life. We wish Tina all the best in her recovery. And may her story continue to inspire all who read it.