Note to self: Don’t visit waterfalls in Amboli, India while drunk.

Two men, Imran Gardi, 25, and Prasad Rathod, 21, climbed over the safety railing (which is installed because of people like them) and then “jokingly” let go of the only thing that was keeping them from falling 100 ft. to their death.

I’m sure you can guess what happened next. 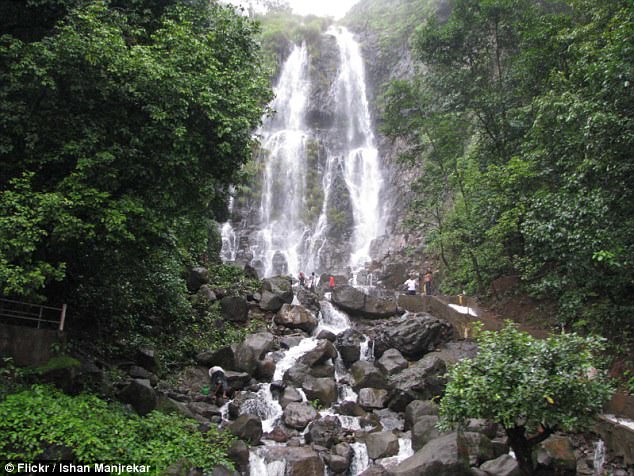 Guys like this are why we have directions on shampoo.

The men had gone missing and it was unclear what had happened to them. Then the video was released and quickly went viral.

It appears to show the men, intoxicated, climbing over the safety barrier and flailing about wildly before eventually falling to their deaths.

Watch the video below: [I feel like this should be obvious, but this video is probably going to disturb some people.]

The first man, Rathod, lost his balance and slipped and the other man, Gardi, grabbed his hand. Unfortunately, neither man was holding onto the railing and both plummeted 100 ft.

The safety rails are there for your protection, because apparently grown men actually do things like this. I should not have to tell people to not get drunk and visit dangerous locations like waterfalls or the Grand Canyon or other similar locations.

These deaths are absolutely senseless and should serve as a warning to everyone. Please, please, PLEASE heed all safety warnings, even and especially the implied ones like fences and railings. They’re not there as a suggestion or for you to laugh at, they’re there to prevent things like this from being commonplace.

Of course, many could argue that this was Darwinism in action and they might have a point. At least their stupidity didn’t cost the life of any innocent bystanders who were actually just trying to have a good time.

Let’s pray for their families, because they certainly need it now.