Now, this is true love.[1] This really moved me. A farmer created a living monument to his wife after she passed away by planting thousands of oak trees in her memory. But it wasn’t until some hot air balloons flew over it that they saw what was in the middle of the oak grove… a heart. Winston Howes was married to his bride Janet for 33 wonderful years. She passed away in 1995 and he was enveloped by a lonely darkness. She died from heart failure. Winston knew he had to do something to keep her memory alive and to let her know that he would always love her.

Winston and his son set about planting several thousand oak trees. Then he could sit in the field in the middle of an oak forest overlooking the hill where she had lived with him for so long. The tree monument was a secret the family kept until it was discovered by the hot air balloonists. They took pictures of this amazing testament of love. How could you not be moved that someone would do something so wonderful out of love for the one who has gone on before them? 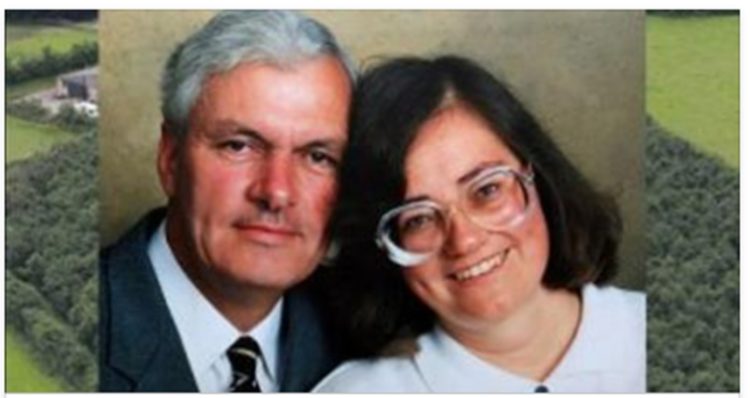 The memorial that this man created for his late wife with 1000’s of trees will bring a tear so be sure to grab the tissues!

For 33 years, Winston Howes had the pleasure of waking every morning to his wife, Janet. And then sadly in 1995, he started waking up alone.

That year Janet was taken from Howes by heart failure. Although she was no longer physically here, she would always have his heart.

After her passing, Howes had an idea for a way to honor and remember her. He just needed some help; so, he enlisted his son and several thousand trees.

“‘I thought it was a great idea – it was a flash of inspiration – and I planted several thousand oak trees. Once it was completed we put a seat in the field, overlooking the hill near where she used to live,” said Howes, according to the Daily Mail.

Winston didn’t just mourn Janet… he celebrated their life together. All the good and bad… the love that was always there. This was his way of coping… of going on until they meet again. It literally made me cry. I think it is one of the most selfless symbols of love I have ever seen in my lifetime. It is extraordinarily moving.

This monument to a life of love was founded in the countryside of Gloucestershire, England. The heart is hidden from the roads by the trees and a surrounding hedge. It is Winston’s sanctuary. “I sometimes go down there, just to sit and think about things. It is a lovely and lasting tribute to her which will be here for years,” he said. The balloonist who discovered this secret heart, Andy Collett, said that “this was the most amazing sight I have ever seen from the sky. You can just imagine the love story.” What a wonderful love story.