Florida: Anyone who abandoned their pets when fleeing Hurricane Irma May Face Felony Charges

Hurricanes don’t just displace and kill humans, but animals as well. Unfortunately, we don’t hear about that in the media as often, because animals just aren’t considered as important as people.

Regardless of whether you believe that is true, we can all agree that life is life and that abandoning a defenseless animal in a situation that will almost certainly kill it is a total jerk move.

Apparently, the state of Florida agrees and is threatening to press charges against anyone who just left their pet behind during hurricane Irma. 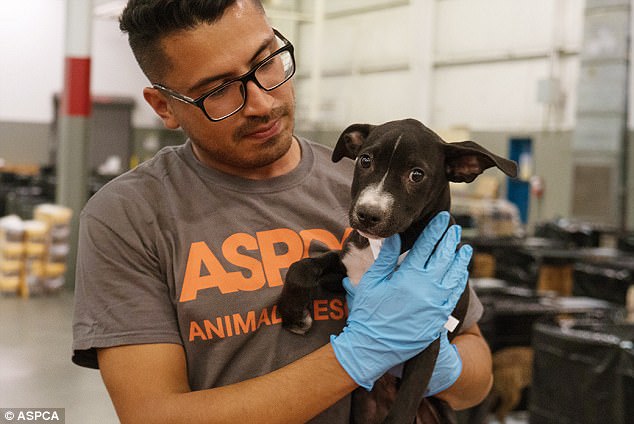 Authorities say that most of the animals they’ve rescued from the flood waters have been caged in pens and tied to poles, likely so their owners would be able to find them when they got back. In the days before the storm hit, Palm Beach Animal Care and Control was forced to rescue 49 dogs that were left outside to fend for themselves.

“This is a prime example of animal cruelty.” said Palm Beach County state prosecutor Dave Aronberg said, before adding “We will find you, and we will prosecute you.”

They plan to file felony charges against those who left their pets outside before the storm.

Animal Care and Control also took in 40 animals who were given to them by the pets’ owners who intended to flee the storm. Once you give up an animal, you have completely relinquished your rights to it and cannot get it back when the storm is over. The animals will be placed in pet-friendly shelters to ride out the storm.

The ASPCA also did what they could in the wake of Irma to rescue about 600 animals that were either left in shelters or abandoned. The organization’s Vice President Tim Rickley released a statement urging pet owners to be prepared before a major storm hits.

“It’s critical for pet owners to consider their animals when preparing for any disaster, and we strongly urge them to always bring their animals with them if they have to evacuate their home,” he said.

I get that the shelter you are headed to may not be pet-friendly, or you are going to a hotel out of state that won’t let you take animals, but come on. What you’re doing is a death sentence to an animal that considered you a friend. Tying them to poles and caging them is fatal when those 185 MPH winds come through with rain that comes down like bullets.

If you’re going to have a pet in a storm-prone area, know where you can take them in the event of an emergency. They don’t deserve to die anymore than you do.