One of the saddest parts of our lives[1] is saying goodbye to those we love. Harris Faulkner has been missing in action at Fox News for over two weeks. The reason is heart-wrenching. Seven weeks ago, her mother was diagnosed with stage four lung cancer. They gave her a year to live. But it wasn’t to be and Harris’ mother was called home just hours after she landed to say goodbye. They were inseparable as only a parent and child can be. I wept when I heard the news and my thoughts and prayers go out to Harris.

Each of us can relate. When I lost my father, it took me a full year to bounce back and there is still not a moment that goes by that I don’t miss him with everything in me. I’m sure it is the same for Harris. She is back at Fox News now… which shows just how much strength she has. But you see it in her eyes and hear it in her voice. It’s a grief that never ever goes away. You simply learn to live with it. 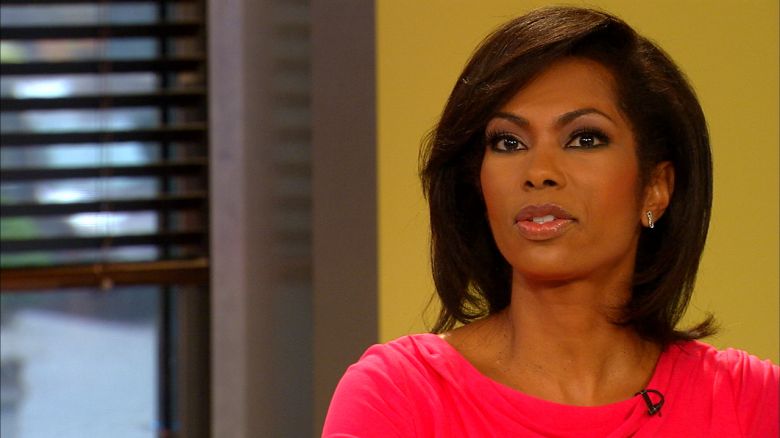 As an anchor and co-host of daytime talk show “Outnumbered,” Harris Faulkner has become a familiar face[3] to fans of Fox News Channel.

For the past several weeks, however, Faulkner has been noticeably absent from the network, and for a heartbreaking reason: 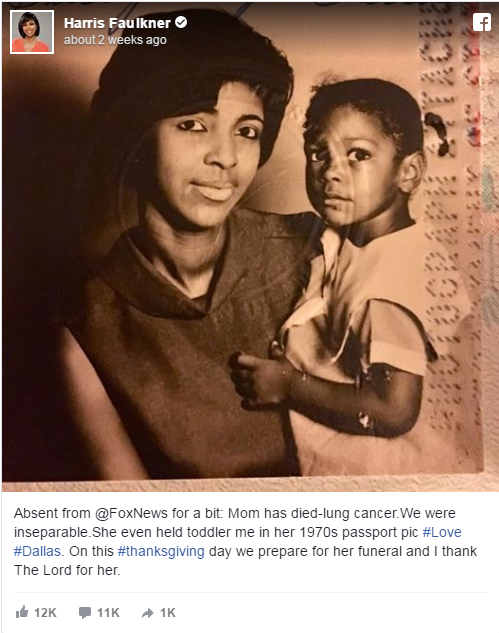 After returning home to Texas to say farewell, Faulkner was back on “Fox News Sunday” over the weekend, where — in an emotional closing segment — she honored her mother’s memory and offered her heartfelt thanks for the outpouring of support she’s received from colleagues and viewers alike.

Harris gave a beautiful, brief tribute to her mother. At least she did not suffer for a long period of time. After something like this happens, there is a hole in you that never gets filled. All we can do is have faith that we will see the ones we love again one day and remember all the love and good times that we had.

My father was my best friend. I’m sure that Harris’ mother was hers. Things will never be the same for her, but that is the way of life. It’s the way that God intended it to be. In our sorrow, we find a measure of strength and renewed commitment. Heaven is now one soul stronger and Harris will go on at Fox and with her life, just as her mother would have wanted. And she will be with Harris always until they meet again.