An innocent women whose dominant partner terrorized her using a snake and live locusts during a horrid run of domestic violence has told of her ordeal[1] after he was sentenced to jail for 27 months.

Chloe Hood, 23, was affected by a two-year campaign of abuse by Stuart McEwan who beat her regularly, attacked her with 5,000 phone calls and abusive texts and even blocked her from visiting her mother, who was dying of cancer. 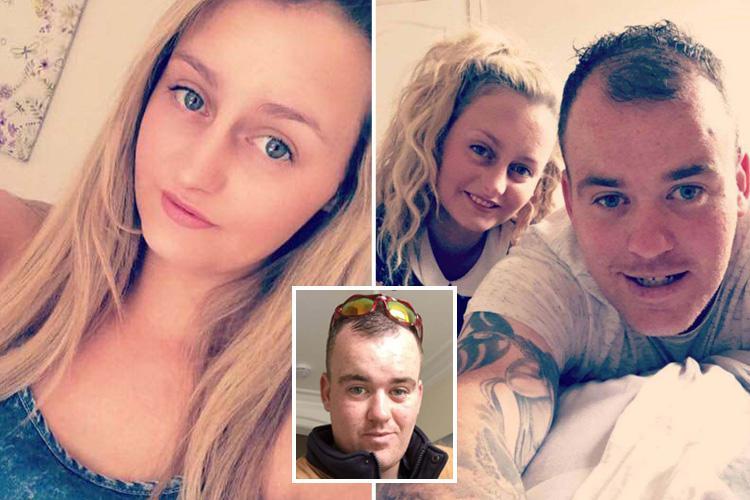 The 26 year-old, who is 6 ft. 7 in. tall, on a regular basis would lock away his tiny 5 ft. 2 in. girlfriend in her flat in Galston, Ayrshire, and tore up her clothes to keep her from going out.

McEwan’s mercilessness included making her hold his pet python right up to her face, ordering her to swallow a sock and burning her on a hot radiator.

During one particular disgusting event, McEwan picked up a live locust – used as feed for his pet lizard – held her mouth shut and pushed the squirming insect up her nose.

He then shoved one of the insects right down her jeans. At Kilmarnock Sheriff Court today, he was jailed for 27 months after earlier acknowledging that he had been abusive to her. He was also ordered to stay away from contacting Chloe for at least eight years…but we all know psychopaths like this creep never learn.

“We met through mutual friends and he seemed like a nice guy at first, really funny and charming. We moved in together but within a couple of months I saw a different side to him. He was very possessive and didn’t want to let me out of his sight.

“He made me quit my jobs in a call centre and a coffee shop because he didn’t want me talking to other men at work. When my mum was dying of cancer he would drive me from Ayrshire up to the hospital in Glasgow and then refused to let me out of the car.”

“He didn’t want me seeing her and said she deserved to die. I lost precious moments with her when she was dying.”

Ladies, here’s a lesson. If your guy owns a reptile as a pet, he’s a nut bag and you need to get the hell away. Just food for thought.