After 25 years of having his name on his license plate the transport department[1] is demanding this man remove his name from his plates. They say it could be considered ‘offensive’ to some… 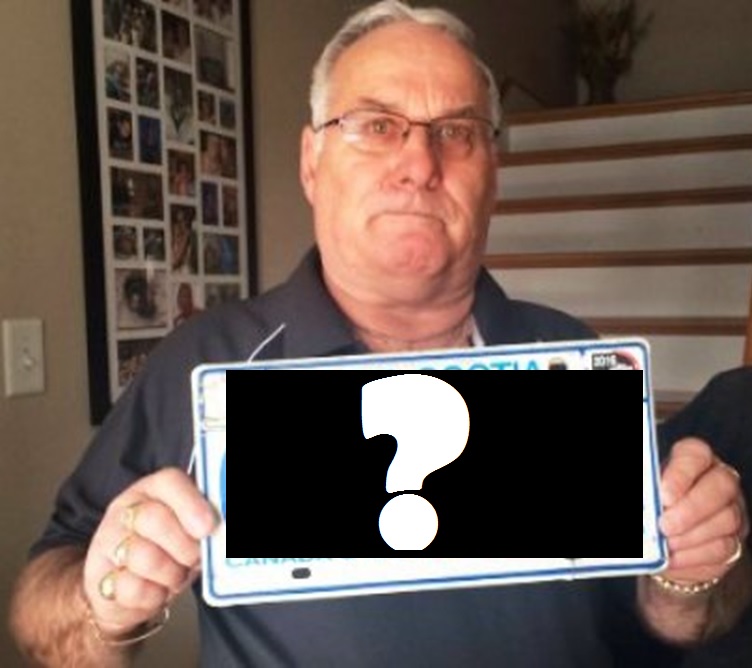 A local Canadian government withdrew a man’s personalized vehicle license plate, saying Lorne Grabher’s surname is offensive to women when viewed on his car bumper. This is no joke folks! The PC crowd has gone waaaaaay too far on this one.

A ‘vanity plate’ is a special type of vehicle registration plate on an automobile or other vehicle. The owner of the vehicle pays extra money to have his own choice of numbers or letters, usually portraying a recognizable phrase, slogan, or abbreviation on their plate. The sale of vanity plates is usually a significant source of revenue for North American provincial and state licensing agencies. In a few jurisdictions, such as the Canadian province of British Columbia, vanity plates have a different color scheme and design.

Last Friday, Mr. Grabher explained that he’s had personalized plates for decades. He put his last name on one as a gift for his late father’s birthday. But now he says the province’s refusal to renew the plate late last year is unfair. He feels that the Novia Scotia government is discriminating against him because of his last name.

A spokesman from the Transport Department says that while the department understands Grabher is a surname with German roots, this context isn’t available to the general public who view it. Sounds highly discriminatory to me.

The personalized plate program introduced in 1989, allows the province to refuse names when they’re deemed offensive, socially unacceptable and not in good taste.

Here was the letter Mr. Grabher received from his local Transport Department… 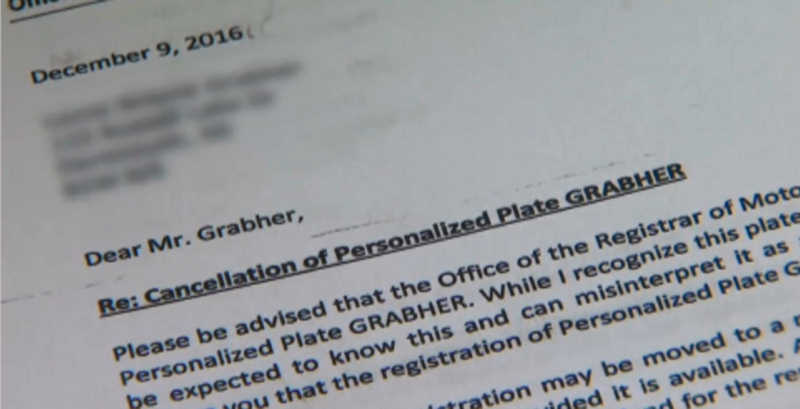 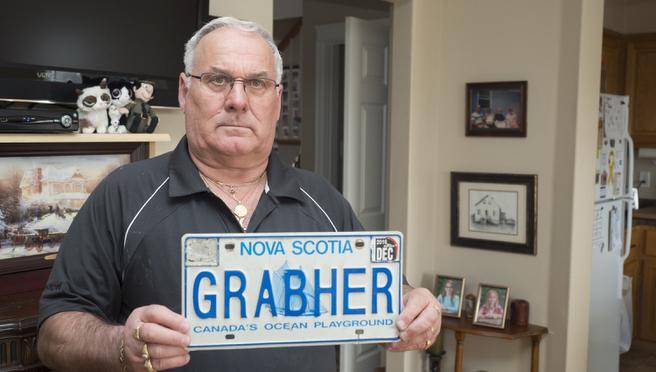