For 18 years she suffered mental, physical, emotional and sexual abuse[1] at the hands of her husband. Now she’s speaking out in the hopes of preventing one more young girl from facing the same hell through which she had gone. 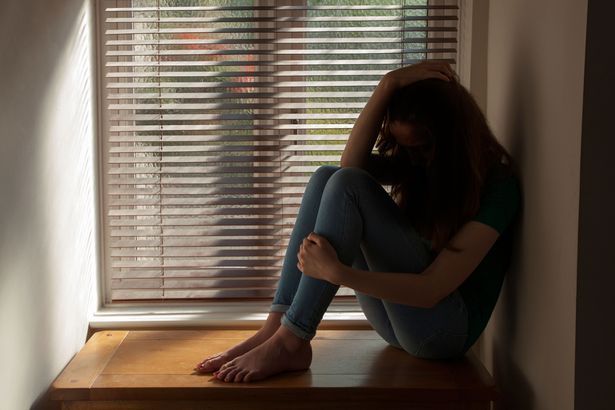 A woman whose husband tied her to a bed and smashed her feet and ankles with a hammer so she couldn’t leave has revealed her shocking story in the hope it will save other victims.

The woman, who asked not be identified, suffered 18 years of torture and was repeatedly attacked, raped and belittled by the monster.

She was banned from choosing her own clothes and using a cashpoint as she was isolated from her friends and family and forced to live as a prisoner in her own home.

But she finally broke free from his tyranny after contacting police in 2012 and eventually saw him jailed for nine years.

The brave 35-year-old is now on a mission to stop others suffering the same fate, and told the North Wales Daily Post[3]: “If my story helps one other victim of domestic abuse get out, then I haven’t suffered in vain.”

Among the other shocking treatment the woman was subjected to included being hit with dog choker chains and iron fire pokers and having her jaw broken as she held their three-week-old.

“Within only a few weeks we had moved in together and a little while later, we were engaged and expecting a baby.

“After moving in it was obvious he was heavily into drugs, and soon afterwards he became violent.

“It began with calling me names and the odd slap or punch, but soon escalated to using various weapons.

“He cut me off from my friends and family and we lived in isolated properties, I didn’t speak to anyone, I didn’t go out. I wasn’t allowed to learn how to drive.

“I was only 16, and this was my first serious relationship. I didn’t know that what was happening wasn’t normal.”

The woman said arguments would “flare up” over things like the housework not being done, or his eggs not being cooked properly.

After each violent episode, he would become remorseful, cry, buy flowers and promise it would not happen again – but it did.

She said: “I was trying to protect my children and I thought, if he’s doing this to me, he’s sparing them, I was blind to the emotional impact it had on them.

“I was constantly walking on eggshells, each day waking up just to simply try and survive without a beating. This was my routine for 18 years but as time progressed, I started to wonder how I was going to get out.”

Despite concerns from professionals, the family were not formally known to social services until 2012 – the year her husband was finally arrested.

She said: “Someone could’ve helped me along the way, but I can’t chastise them (professionals) too much because without me coming forward, their hands are tied.

“I very rarely went to hospital for treatment for my injuries to avoid suspicion and the first time he broke my arm with a baseball bat, I gave a completely different name and address.

“The turning point for me came when he threatened to harm the children.

“In my mind, I had stayed to protect them but I was starting to see how what they were witnessing was having an affect on them and I will be guilt-ridden for that forever.

If you know someone who is suffering in an abusive relationship, do not let them suffer in silence. Nobody deserves this kind of treatment.