This is just monstrous.[1] A 21 year-old mother, Sidney Woytasczyk, in Houston, Texas had a baby and left it in the bushes/flower bed outside to die. A man who was a resident in the neighborhood heard the baby crying and found it. It still had its umbilical cord and was covered in blood and ants. The little girl had a bacterial infection and a rapid heart beat. She was rushed to the hospital and is now in good condition, no thanks to her skank of a mother. Both her husband and her mother claim they had no idea that Sidney was even pregnant.

Some people have no soul and are just sociopaths. This young woman is one of those evidently. She won’t get the death penalty for this, but she really should. If it hadn’t been for a Good Samaritan, that little girl would have died a horrid, painful death. The police found the mother by following the trail of blood from the place of birth back to her apartment. A friend of the man who found the baby recorded it all on his phone before she went to the hospital. He said, “Somebody left their baby out here. I need to call 911.” He gently lifted the baby, cleaned her, swaddled her and called the police. 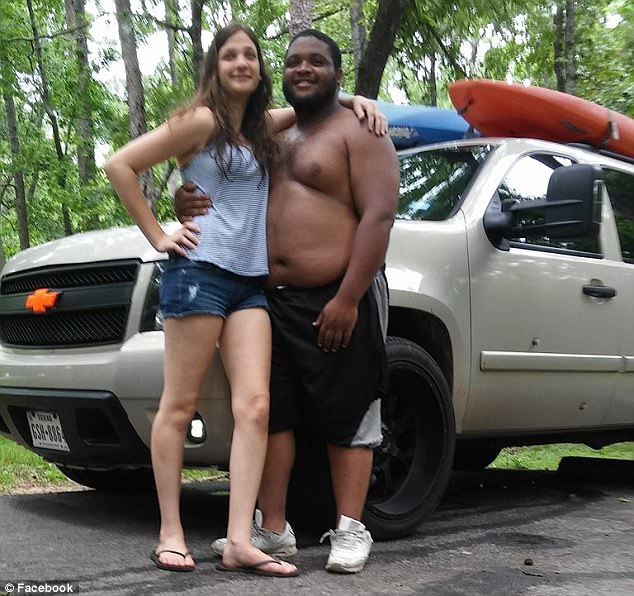 A disturbing video shows the moment a man discovered a newborn baby dumped in a bush, covered in bugs and crying with her umbilical cord still attached.

The infant was discovered in the bushes outside an apartment complex in Houston, Texas, on Thursday morning by a resident who heard it crying as he walked by.

The baby was suffering from a bacterial infection and rapid heart rate. She is now being treated at a local hospital but is in a good condition.
Video released on Friday shows the moment the shocked man found the newborn, saying in amazement: ‘Somebody left their baby out here. I need to call 911.’

Deandre Skillern came forward as the father when he appeared in court today after cops tracked him and the mother, named locally as Sidney Woytasczyk, 21, to their home at Cypress Creek apartments after following a trail of blood. Woytasczyk is still being questioned by police although she has not yet been charged.

Skillern claims she had no idea that she was pregnant, and it appears that Woytasczyk didn’t tell anyone about the baby, before she was discovered today.

The mother has not been charged… yet. She is still being questioned. Sidney did not tell anyone she was pregnant, so my guess is she was planning this from the time she found out she was preggers. Graphic evidence was also presented to the court that showed that the umbilical cord was ripped, not cut out, which likely caused the baby girl’s bacterial infection. The child could have bled to death, no wonder she got an infection. That is cold and callous in the extreme. She lied up and down to the police as well.

Sidney dumped the child at around 11:30 pm. She was discovered by Albert Peterson six grueling hours later at around 5 am. That baby really wanted to survive. Harris County Deputy Thomas Gilliland said to the station: “Had this neighbor not been here, we’d be looking at a homicide. It’s a miracle the child was found.” The ants covered the child… they were in her ears, eyes, nose and mouth. But she is a fighter, that’s for sure. The baby is now in the custody of child protection services. People are already lining up to adopt the child.

Parents who want to give up their babies in Texas can do so without fear of prosecution as long as they follow the Baby Moses Law. The rules state the child must be under 60 days old, unharmed and taken to a designated ‘Safe Haven’ which can be any hospital, fire station or emergency medical services station in Texas. A hospital was only a block away. There is no excuse for what this woman did. None at all. 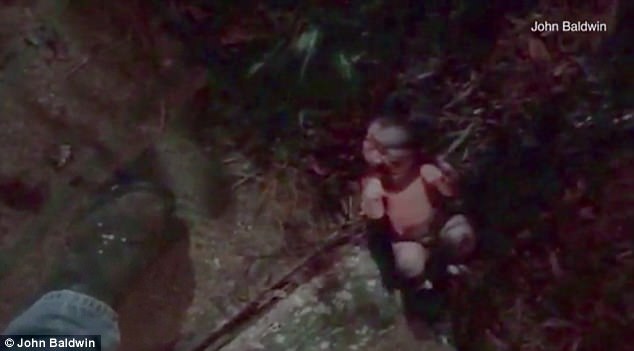