If you thought Hurricane Harvey was disastrous, Hurricane Irma is going to make that look like child’s play. Anyone who stays in the path of this monster is going to risk their own life, let alone their possessions.

In anticipation of one of the largest natural disasters to ever hit American shores, millions of people are fleeing from their homes.

The storm strengthened to a Category 5 hurricane, but dropped back down to a Cat 4 for a short period before becoming a 5 once more. This is a storm that is not going to spare anyone or anything in its path and people need to leave as soon as they can and get far, far away. 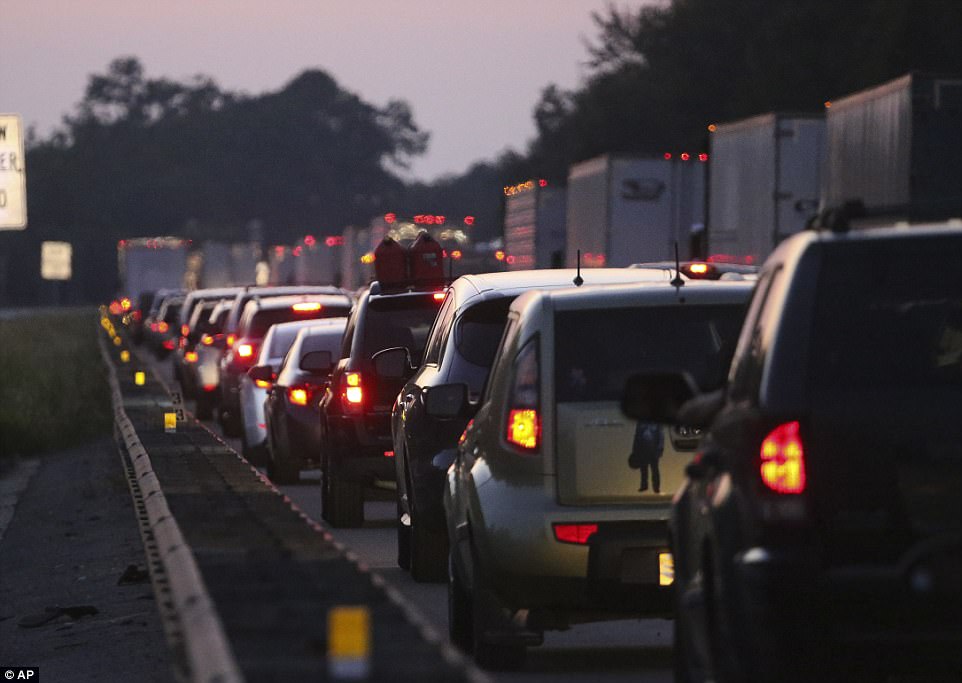 Governor Rick Scott is ordering a complete evacuation of Florida and for those who have not already fled the state, he recommended getting out as fast as they could.

The storm is expected to touch down early Sunday morning and can cause upwards of $125 billion in damage to property.

Even those who live inland are being told that they need to leave their substandard (non-hurricane proof) housing and go to an area that will remain untouched by the gargantuan hurricane.

At this point, it has been made abundantly clear that this storm is going to be deadly. There WILL be casualties, which is simply unavoidable when you have a disaster of this magnitude barreling toward civilization. The best we can do is get out of the way and come back at a later time to rebuild.

Traffic in the northbound lanes of Florida’s freeways has been packed since the announcement of the storm, causing bumper-to-bumper traffic jams and preventing people from getting out of the state in a timely fashion.

We have to come up with better disaster preparedness drills and make it easier and quicker for people to get out of the path of danger. That doesn’t have to mean expanding highways to accommodate more people on the road, it simply means managing traffic more efficiently. Perhaps a staggered evacuation system would allow for those forced to leave their homes and businesses to be able to do so without running the risk of being caught in traffic.

That being said, you cannot put millions of people on the roads at the exact same time and not expect a backlog. I would think that states in disaster-prone areas like Florida would be able to evacuate people faster at this point in time.

But none of that matters right now. Right now, we need to focus on getting people out of harm’s way before Irma makes landfall. Please, please, please, if you live in the path of destruction, do not think you can wait it out in your home. We saw what happened with Harvey, where people are still being rescued from their homes. Get out, or risk becoming a casualty of the storm.