Liberal Mayor of Houston: I Was Right to Tell People Not to Evacuate Before Major Hurricane

Hurricane Harvey has rained holy hell down on Texas and people were forced to flee or hunker down in their homes and wait for the waters to recede so the rebuilding can begin. Unfortunately, the situation was made worse by the fact that one Houston mayor refused to order his people to evacuate.

Now people are stuck in their homes and calling for help all because he didn’t want people clogging up the roads. Nice, huh? 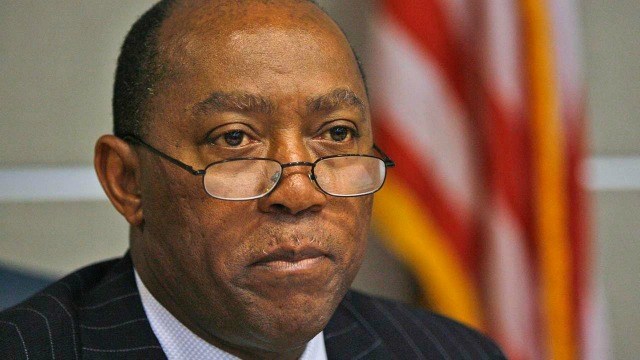 Mayor Sylvester Turner is defending his decision not to issue evacuation orders ahead of one of the most dangerous hurricanes in recent history.

Houston[2] is America’s fourth-largest city and in susceptible to flooding, but that wasn’t enough to prompt Turner to advise people to leave for higher ground. Instead, he advised the people of his city to stay put and wait out the storm.

He claimed that since Houston wasn’t in the direct path of the hurricane, people would be better off staying in their homes. Seems like a steady path of logic, right?

Well, not exactly. Because Turner admitted that 2,000 emergency calls have come in and the flow hasn’t stopped. Life-and-death situations have been given priority over all others, meaning that many families that have been affected by the storm aren’t getting the assistance they need. Almost as if they should have taken the weather reports seriously and left when they had the chance.

I’m sorry, but we’ve known for some time that this was going to be an obscenely large storm that would dump not inches, but FEET of rain on the people of Texas. The fact that this moron actually told people to stay home instead of getting out, makes him personally responsible for their well-being, because they trusted him to tell them the truth. And now they’re stuck in flooded homes and aren’t receiving assistance from emergency services.

And for future reference: When in doubt, get the heck out.