Christopher Emery, 29, was told that he would not need to come back into work after failing a “group exercise.” He is a special needs employee who spent 12 years at Dorney Park and Wildwater Kingdom cleaning bathrooms. 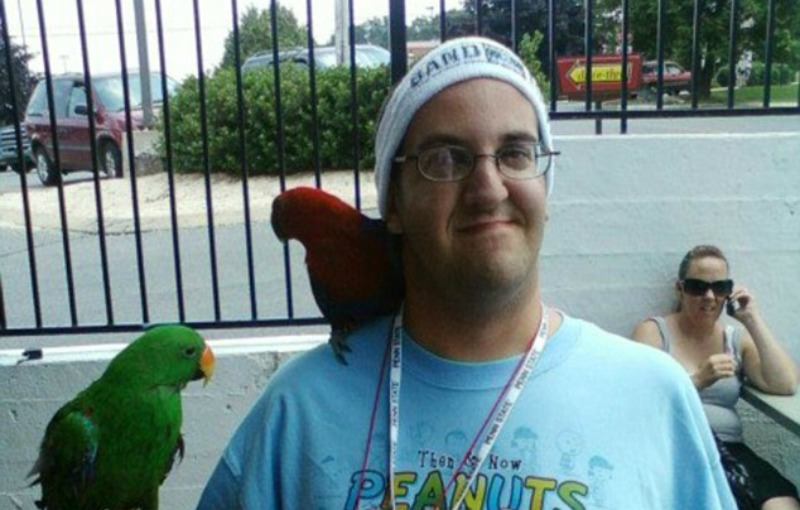 A Pennsylvania amusement park has been besieged with complains after firing a special needs employee of more than a decade for failing a simple test.

Christopher Emery, 29, has worked at Dorney Park and Wildwater Kingdom in Allentown for the last 12 summers cleaning bathrooms.

However he was let go this week after being asked to undertake a group activity exercise with potential new employees, who were teenagers.

According to his mother, Claudia Emery, the test included building a train with Lego and reading flash cards, which he struggled with.

After completing the exercise, Mrs Emery was informed her son did not do well, and would no longer have a job at the park.

‘This should never have happened,’ Claudia Emery told local newspaper The Morning Call.

‘They treated him very poorly.’

Mrs Emery said she struggled to explain to her son what had happened.

‘I had to hold everything back until we got out the door,’ she said.

‘I told Chris that he was not going to work at Dorney this season. He didn’t understand.’

However the story took a turn when another park employee, Matt Redline, wrote an angry post on Facebook that quickly went viral. 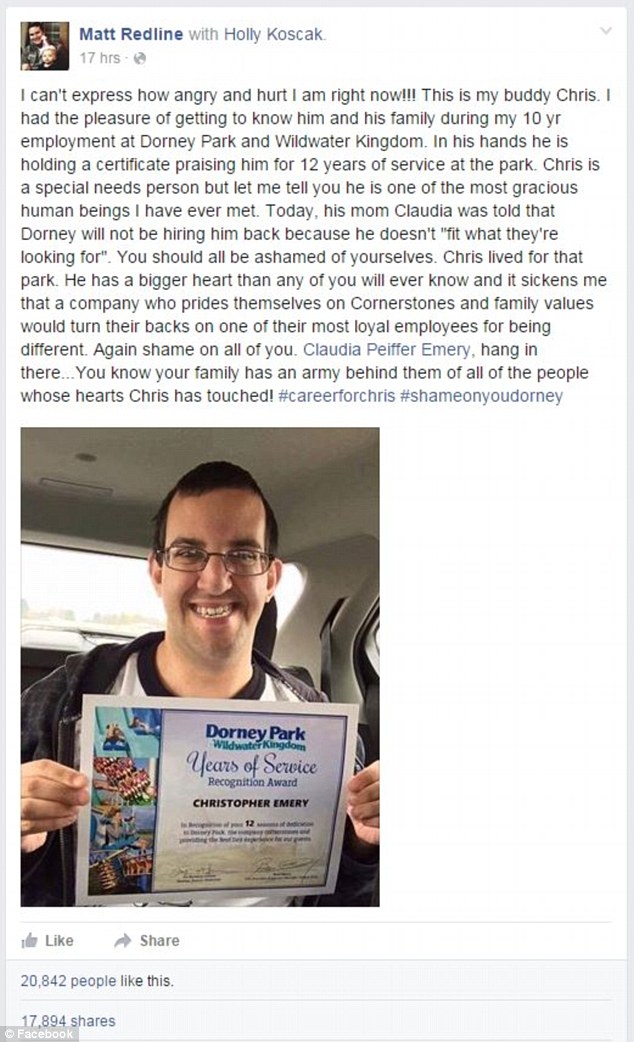 The company has felt the pressure of the public, and has announced that they will be keeping Christoper on the payroll.