A longtime neighborhood baker decided to retire and sell his business to a most unlikely person – a local homeless man. The amount – and the reason he sold it for that price – certainly is a noble one.[1] 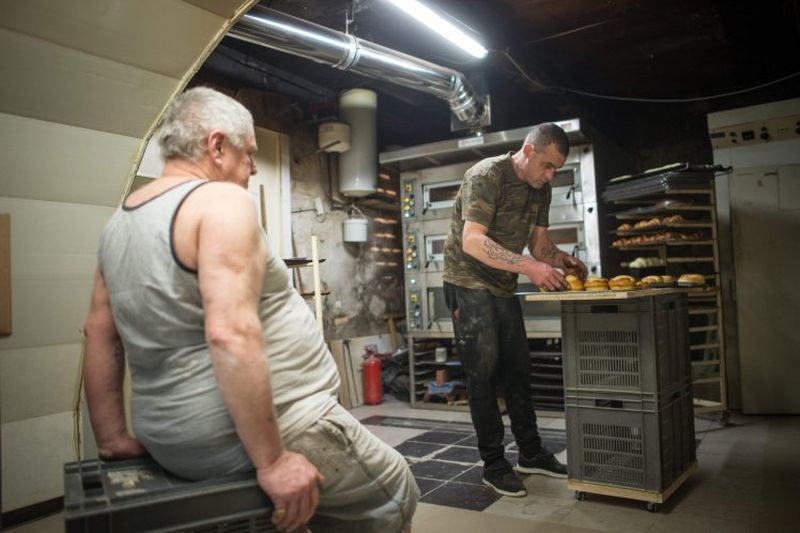 Why would someone sell their business to a homeless man for a measly crumb?

Maybe if that man saved your life you’d consider it.

That’s what happened to French baker, Michel Flamant, 62, who struck up an unlikely friendship with Jerome Aucant who regularly begged for handouts outside his bakery, Le Fournil Du Village.

He would greet Jerome every morning with a cup of coffee and a croissant.

But in December, one of Michel’s bread ovens began leaking carbon monoxide.

Jerome noticed Michel stagger around the bakery in a daze and he immediately called the emergency services.

Michel spent the next 12 days in hospital.

Once back to work, to show his gratitude, he offered the homeless man a part time job.

Jerome would mind the till on the ground floor while Michel made the bread, croissants and pastries in the basement, six days a week.

The baker became astonished by the 37-year-old’s dedication and loved teaching him the trade.

When preparing for his retirement Michel realised there was only one man capable to take over the business.

That’s why he has promised to sell the business in the eastern town of Dole, France to Jerome for just €1 (80p)

The Parisian told thelocal.fr he does not care about the money.

What’s more important, money or life? I don’t care about money. I’m not rich but I don’t care. I want to be free, I want to take it easy now[/blockquote]

Jerome has since shorn his dreadlocks and said he is ready to take over the bakery in September.

Although he has only had experience working at the occasional funfair, Jerome said the hours do not put him off.

[blockquote style=”2″]Michel has given me a real gift, and now… I want to be worthy of it.[/blockquote]

Do you think this was a good gift for Jerome? Did Michel repay his life debt by giving him his life’s work for only a dollar? Sound off in the comments below!