I can’t imagine[1] finding something like this in my yard, much less taking it down. Geez. Wade Seago lives in Alabama. Not long ago, his schnauzer, Cruiser, started barking and going nuts. It was not unusual as they have all kinds of wildlife around their home and in the woods, etc. This time it was something much different. However, Wade almost ignored the barking until his daughter started screaming. That got his attention and fast. That’s when he jumped up and reached for his gun.

Imagine his shock when he looked out the window into his front yard where he saw an 820-lb boar, tusks and all. The monster was taking stock of the dog. It was about five yards from Wade’s porch. The thing was so massive, it could have destroyed the house and everyone in it. The tusks on the wild hog were six-inches long and they could slice and dice anyone who challenged it. I don’t know about you, but I personally find that terrifying. These critters are cranky and unpredictable. And they aren’t afraid of humans. 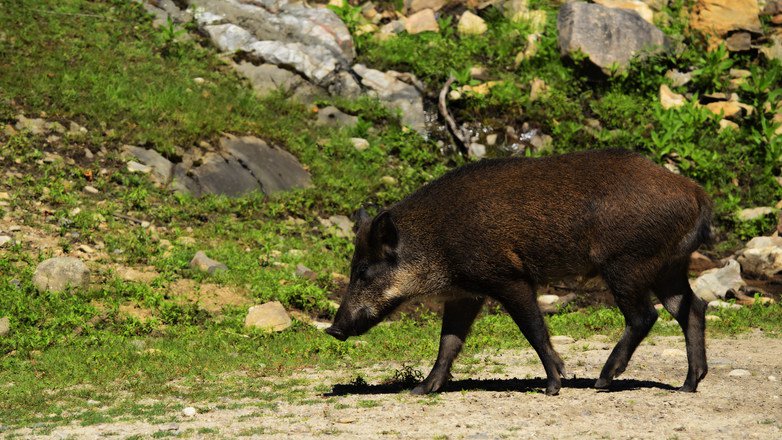 When Wade Seago heard his dog incessantly barking at something outside his home, the last thing he expected was to find a 820-pound hog on his front lawn.

Seago lives in rural Samson, Alabama, and is used to being surrounded by wildlife. His schnauzer, Cruiser, usually barks at deer or raccoons that run around the neighborhood.

So, when Cruiser began barking on July 11, he didn’t think much of it. At least until his daughter started screaming.

“I jumped up to see what was going on,” Seago told AL.com. “I looked out the back window and saw nothing, so I ran to the front of the house where my daughter was looking out the window. I couldn’t believe what I was seeing.”

Wade feared for his dog, who was part of their family. He grabbed his .38 caliber revolver and made up his mind. “By the time I got in a position to shoot, the hog was about 12 yards away,” he said. “Cruiser was out of my line to the hog so I fired.” With three shots, he brought down the behemoth. That’s incredible shooting.

The next day, Wade took the animal to Brooks Peanut Company to weigh it on a drive-thru scale. He was shocked to see it weighed a massive 820 pounds. He didn’t process the meat to eat because the hog had been hanging all night in the humid air and he no longer trusted the meat was good. But he did take the head and shoulders as trophies and he has pics of the monster. He’s a taxidermist, so that helped.

Wade has seen wild hogs around before, but never one this size. They are an invasive species that breeds quickly and eats everything in sight. Alabamans are allowed to bag as many as they want because of this. They are also a danger to the public. According to the U.S. Department of Agriculture, hogs cause $800 million in agricultural damage each year. They strip the area wherever they are of all indigenous foliage.

Wade had absolutely no regrets about his decision to shoot the hog, which he thought could have posed a threat to the safety of his family. “I didn’t think twice about taking down this hog,” he said. “I’d do it again tomorrow.” Good for him and he has a story to tell his grandchildren, that’s for sure. 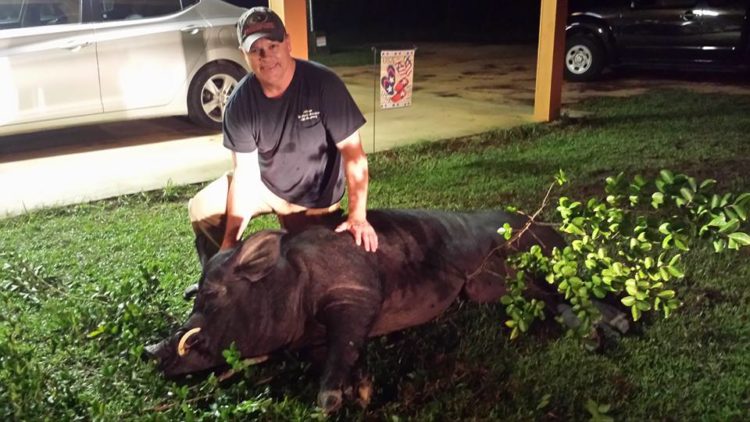 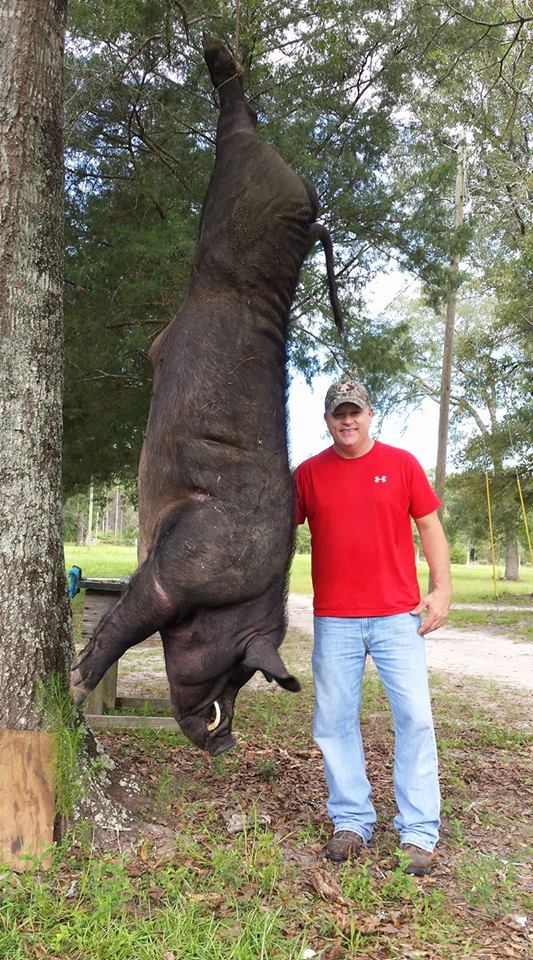