I believe this happened[1] somewhere in the US. A couple got randy… then mostly naked in a public park and then decided to go at it. A man passing by took exception with the festivities, picked up his bike and pounded them with it. This is one time I support violence. They absolutely had that coming. Some people didn’t know whether to be more offended by the sex acts in public or the assault with the bike. You’ve got to be freaking kidding me. The guy with the bike did the right thing. There are kids in that park. Shame on them.

He hit the guy in the back of the head that was having intercourse with the woman… hard. I doubt it knocked any sense into the pervert, but it did stop the sex play. The guy was dazed and rolled off his partner. This is how far things have devolved here in the US folks. We can’t even universally say when something is morally wrong anymore. Just sick. Another man that was standing right there was furious as well. He’s got kids that go to that park. Right there with ya. No sympathy for these two freaks. None at all. 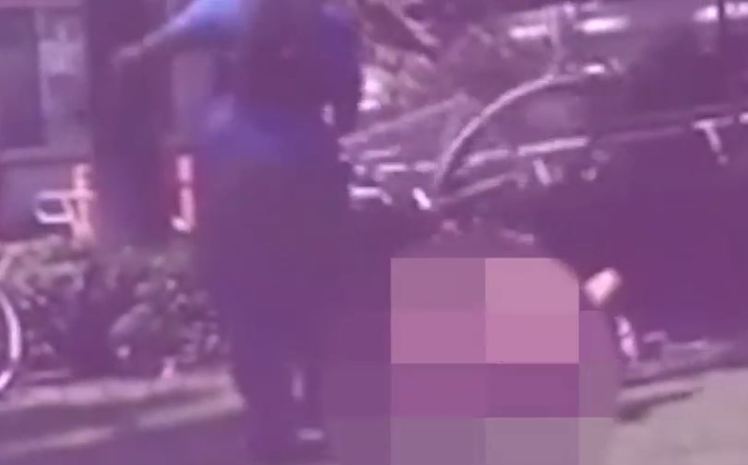 A man threw his bicycle at a couple who were having sex in a public park.

A bizarre video showed the irate man hurling his bike at the pair who had for some reason decided to fornicate in broad daylight.

The attack put an immediate stop to their antics after the male participant was struck on the back of the head.

He seemed dazed and slowly rolled off his partner at the unknown US location.

Another shocked man could be heard saying ‘That s*** aint right. I got kids’.

Internet users couldn’t decide what was more shocking, the sex in public or the assault afterwards.

Commenters took exception with the public display as well. One of them stated: “There’s a place for that and its not in a public park where kids could witness that they both have no respect for themselves.” Another chimed in: “Outrageous. There are no morals anymore and that is why our country is going down. God is angry and we will pay.” It’s very hard to disagree with that sentiment these days.

Then you have the moral relativists out there. Some said they didn’t ‘deserve’ to be attacked. Yes, they did. Another wrote: “Two wrongs don’t make a right…” And letting two people get it on in broad daylight in front of everyone is something you should just tolerate? Bull feces. This liberal asshat was backed up by another: “It’s sad when people find the natural act of sex and nudity more offensive than violence, I’d say let them f***.” And I say you can just pound sand. They got what they deserved and frankly, they should have been arrested for it. There are those times when violence is the answer and behavior like this begs for it.