Millionaires Open Mansion Up To 70 Homeless Foster Kids After Irma

If you’re anything like me, you’re tired of being beaten over the head with fake news, sad news, inflammatory news and really news in general.

So, let’s read some good news, shall we?

Ex-Penthouse owner Marc Bell and his wife, Jennifer, opened up their magnificent mansion to 70 foster children who were displaced by Hurricane Irma in Florida and what they’ve done for these kids will melt your heart. 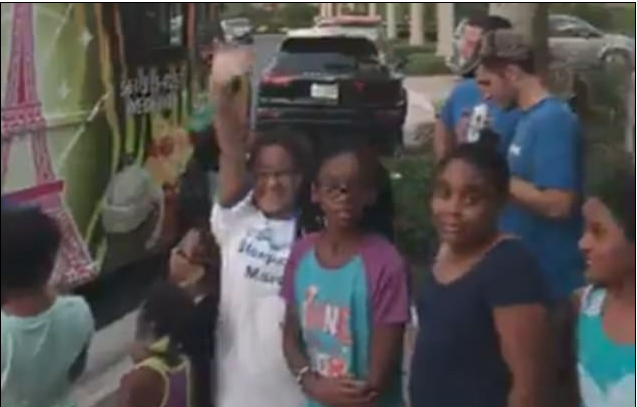 These children had been sleeping on a gymnasium floor before Bell decided to open his heart and home up to give them comfort and stability. They were all given free reign to enjoy the arcade games in the house and all of the girls were given manicures before they all sat down for a delicious dinner and live entertainment from a guitarist.

Bell was contacted by the SOS Children’s Village Florida who begged him for help. They described how they had been “evicted from our shelters and we don’t know where to bring the kids, and we’re not getting any help from the county – what do we do?”

He told the workers to bring the children to his home.

“They were hungry. They were tired. They lived in the gymnasium for a week. They hadn’t showered for a week and you saw how excited they were,” he said.

To go from a child who has no parents and no real family home, to having even less than that in the wake of a natural disaster, to staying in a mansion and being pampered and treated like royalty? It is definitely going to be an experience that these kids will never forget. Who knows? Maybe later on down the road it will inspire them to commit a selfless act that impacts the lives of many.

Jennifer Bell described how she felt to be able to take in the children and give them refuge from the storm.

“They don’t have a mom or a dad so they’re scared, and then their house parents, even know they’re there for them, they’re scared too,” she said. “So to have these kids feel welcomed and to just feel comfortable, as a mom it just makes you feel like you’re doing something good.”

We certainly need more stories like this in our lives. There is nothing better than doing something nice for someone who has absolutely no way of paying you back. This is the spirit all Americans should encompass.