It’s every mother’s worst nightmare.[1] Your little one eats a snack and suddenly a child that was full of life, becomes deathly ill. Then panic sets in. That’s what happened to one mother in the UK recently. Lissa Melin gave her 8 year-old daughter, Dionne, a banana to eat. Kids love bananas and Dionne ate it up. Then she got very sick suddenly. Her mother started retracing her steps and looked at the banana the child had been eating.

She cut up the banana and it had blood-red streaks running through it. She went to Google to find out what it could be and discovered it was a fungus called Nigrospora. It is a fungal disease that causes the center of a banana to turn dark red. Nigrospora can infect the fruit in tropical climates where bananas are grown. It’s not normally harmful to humans, but it can trigger asthma. Lissa rushed her daughter to the hospital anyway. But she’ll be fine. 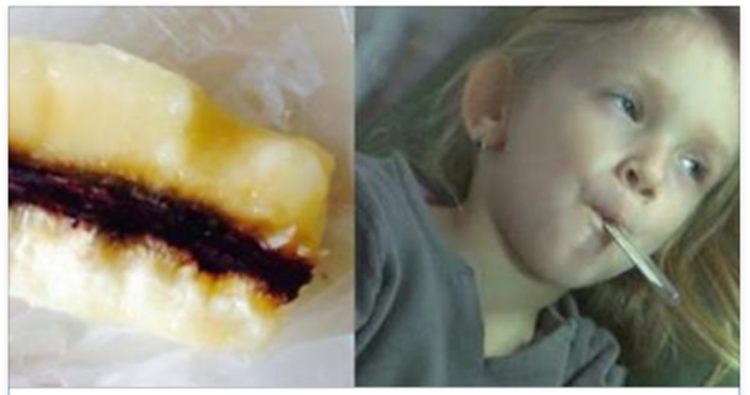 A banana from Morrisons supermarket in the U.K. sent one child to the hospital.

According to the Boston Standard, Lissa Melin’s 8-year-old daughter, Dionne, was feeling perfectly fine before she took a bite out of the banana.

The child quickly fell ill after eating it.

A thoroughly bewildered and alarmed Lissa sprang into action.

Suspicious of the banana, the mother took a look and sure enough, she found something that wasn’t quite right.

Red streaks lined the center of the cut-up pieces, and a brief Google search confirmed her fears.

It turned out the banana contained the fungus Nigrospora in its core.

Terrified, she quickly rushed her daughter to the hospital.

Luckily, the fungus doesn’t cause any lasting harm. Doctors said any discomfort may be psychosomatic — in the child’s head. The child was discharged and fully recovered from the incident.

Lissa is still very concerned… who wouldn’t be? “Another friend said she also found one of these not long ago from Morrisons,” she said. “Maybe Morrisons need to do some more vigorous checking so children — or anyone for this matter — doesn’t eat one again.” After this happened to Dionne, the supermarket where they purchased the bananas issued a warning to other customers.

The problem is there is no way to tell if the fungus is in a banana until you open it and view the core of the fruit. Other shoppers found the same thing: “As I unpeeled the skin of my favorite fruit, I was slightly concerned about red veins that seemed to be running throughout,” recalls Liverpool Echo writer Gemma Jaleel about a banana she bought from Lidl, a European discount supermarket chain. “It was like nothing I’d ever seen before and very cautiously I decided to back away from the banana.”

A rumor started that there was blood in the bananas, but it is a fungus. I wouldn’t recommend eating it. Although Lissa admonished stores to be more careful, there is no way they can know about this. I recommend you look before you eat something like a banana. You just never know. 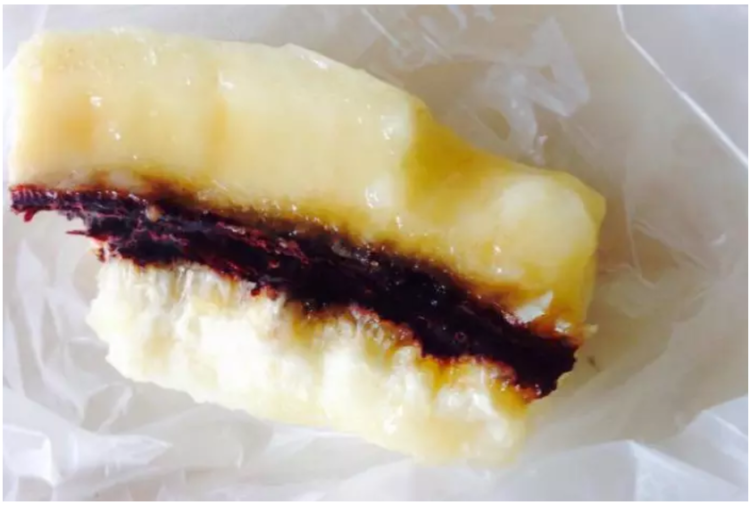 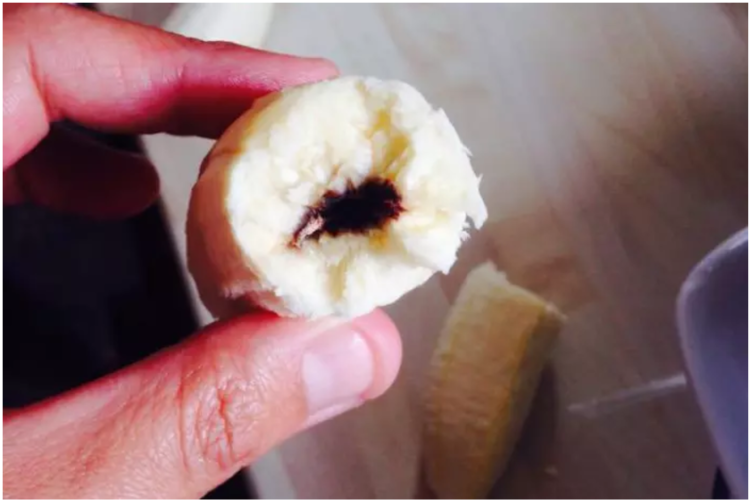