Usually when I go out for drinks, I like to leave my preschoolers in a running car. Said no mother ever. For a Florida mom, this seemed to be the norm – and she got so busted. As if that wasn’t egregious enough, what she has her child coached to do was absolutely beyond the pale[1]: 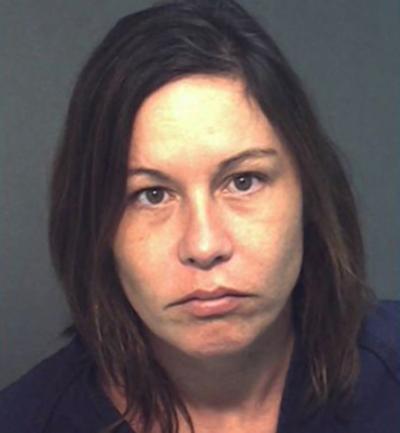 April R. King, 35, was arrested on suspicion of child neglect after the incident on Sunday afternoon in Apopka, according to police.

Cops were called to a bar, Frogger’s, on North Rock Springs Road about 1pm after the bar manager reported King being there.

The manager said she had left her two children – aged 2 and 4 – in a running SUV nearby.

Additionally the manager the older child could be seen in the driver’s seat ‘revving’ the car.

When police arrived at the scene, King had already left the bar and denied being there.
She said she was in a store trying to get a new cellphone, WESH.com reported.

An employee at the AT&T store nearby confirmed King went into the shop, but said there were no children with her.

The officer who spoke with King said her speech was slurred, she appeared lethargic and her eyes were heavy.

King had turned off her car while she was talking to police.

However when she went to turn it back on, the car had been fitted with an interlock device, and King was required to blow into a breathalyzer.

‘April spent a considerable amount of time avoiding blowing, and … (April’s 4-year-old son) could be seen blowing into the device,’ the police report said, according to WESH.

‘It looked pretty obvious he (the child) knew what he was doing.’

According to the report, when the officer asked the boy whether he did this often, the child returned a puzzled look.

The breathalyzer had apparently been installed only 2 days earlier. Medics checked the children, who were cleared as unharmed, and then King was taken into police custody. This clown really doesn’t deserve to have these kids. Why she thinks that this is acceptable is beyond me. Perhaps some time with the court system and a parenting class or two might be helpful.