This is just sick.[1] Social media is in an uproar over a new mom smoking from a bong while breastfeeding her baby. The drug will go directly into her bloodstream and into the baby as well. What a terrible mother and that is child abuse. Kayla Marlow lives in Portland, Oregon. She thought it would be a great idea to upload this pic to her Facebook feed. People seeing it did not agree and they let her know it.

She said she needed a safe space to share her picture. What the hell for? Surely she knew it would cause outrage. And putting it on Facebook is not putting it in a safe space. It’s putting it out there for the world to see. I think this young mother has smoked too much weed and has fried her brain with it. If you can believe it, this idiot received support from other like-minded parents. None of them are fit to be parents in my book. Just unbelievable. 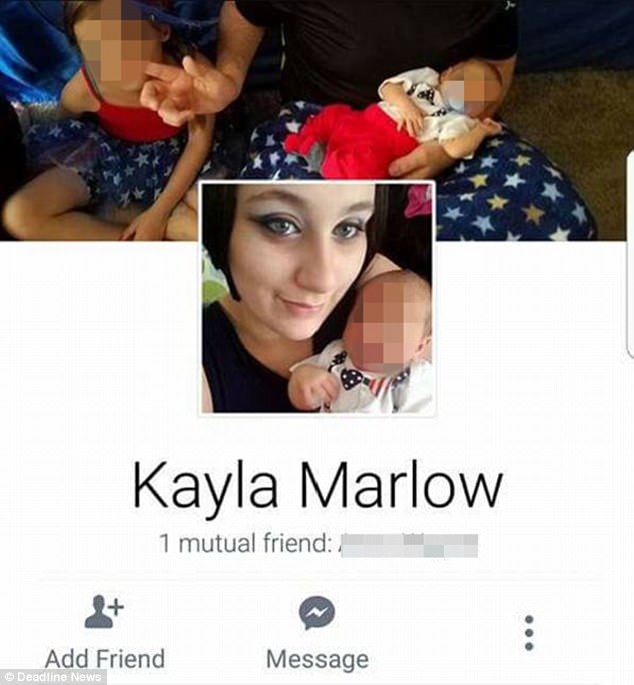 The internet has its pitchforks out after a new mother shared a disturbing image of herself breastfeeding and smoking from a bong simultaneously.

Kayla Marlowe, a young mother from Portland, Oregon, recently uploaded the concerning snap, which had Facebook commenters in an uproar.

In the photo, Kayla is seen cradling a tiny baby who is drinking from her right breast as her friend lights a bong for her to smoke.

‘Needed a safe place to share this beautiful picture,’ she wrote, posting the image on the page of a cannabis parenting support group group on Facebook called CannaParentingSupport.V.420.

Kayla is seen leaning over her bald newborn, her mouth at the top of a purple bong, presumably to smoke marijuana, as her friend Krystal Rose Shillingford-Holm lights it for her.

After the image was posted, Kayla actually received some support from like-minded parents.

One man reportedly compared Kayla’s actions to someone drinking beer while feeding their kid, while others said they did the same.

Listen to this from one of this woman’s friends: “Love it!! My boyfriend would do this for me when I breastfed and of course you have to do the lean-over so you don’t bump their head or light their little hairs on fire.” Does that sound like a responsible parent to you? What’s next? A support group on Facebook for crack users? How about heroin while we’re at it? She’s damaging that baby’s health right out of the gate and doesn’t care.

The heat eventually got so intense for Kayla on Facebook that both her and her friend deleted their profiles. Wonder if the authorities saw that pic and if she is going to get a visit from child services? It would serve her right. This about sums it up: “Nursing while getting stoned, you are trailer park rejects. Pure trash,” wrote a man name Joseph. I couldn’t agree more. Just because it’s legal for adults in Oregon, doesn’t mean you should subject your children to it or that it is legal in itself to do so. 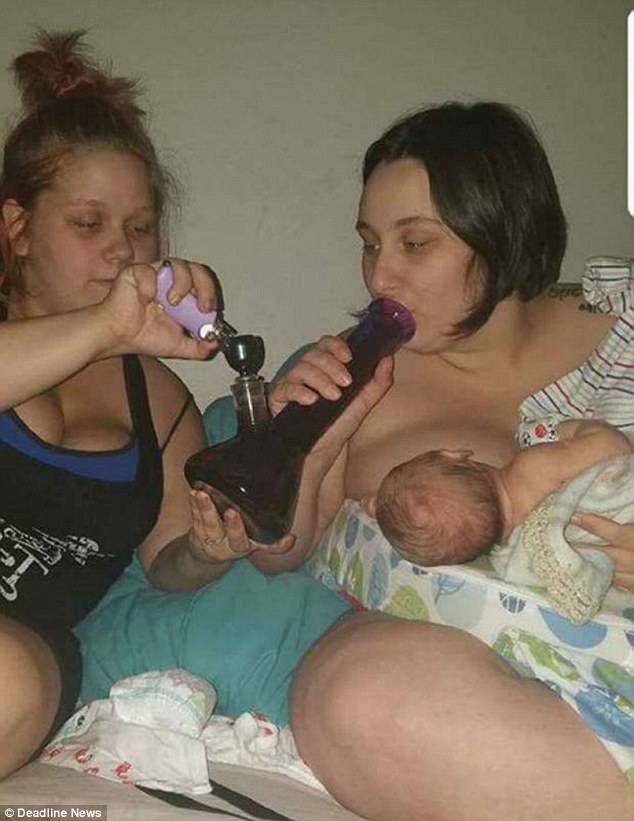