OK Army Veteran Gifts $2.25 Million To Habitat For Humanity From His Estate, 24 Homes To Be Built [VIDEO] 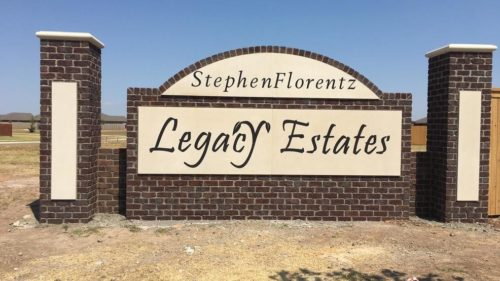 Sergeant First Class Stephen Florentz[2] grew up in the tenements of New York. He went on to join the Army and serve in Vietnam and Saudi Arabia. He earned recognition for his military achievements including the Air Medal and the Purple Heart. He passed away this past December. But his legacy will live on. Because of his experience growing up in a tenement, Florentz wanted to make a difference for those without homes or who live in unsafe conditions where their children can’t even play outside. He did that by bequeathing $2.25 million to the Central Oklahoma Chapter of Habitat for Humanity in his will.

Oklahoma had a special place in his heart, as it was the place he was able to buy his first home. He regarded Oklahoma as his adopted home state. And now, thanks to his generosity, others will be able to call Oklahoma home.

The money he left will pay for the construction of about 24 new homes. The neighborhood has been named for its benefactor. It will be called Stephen Florentz Legacy Estates.

Central OK Habitat for Humanity CEO Ann Felton-Gilliland said, “It was just a wonderful blessing. It was the best Christmas gift I’ve ever received. It’s taking a while to work through everything so we’re just now getting the gift. It’s a life-changing experience for our families,” she said. “Because most of them are living in apartment houses that are in unsafe areas, where their children aren’t able to ride their bicycles or even play in the front yard.”

Children will have front yards to play in, parents will have peace of mind knowing their children are safe and well cared for in their new homes, thanks to Sgt. Florentz. Truly he has paid it forward into the future. These homes will be places that young men and young women will go forth into the world. And may they be generous and kind like the man who made their homes possible. Sgt. Florentz left the world a better place. We salute you, Sergeant.