Accidents are sad. Not all of them end with losing a life- some of them just end with losing life as you knew it. Such is the case of 17-year-old Henry Fraser, who dislocated 4 vertebrae in his neck when he dove into a shallow body of water. He is now paralyzed, and apparently, has garnered a pretty nasty hater online by the name of Laura[1]: 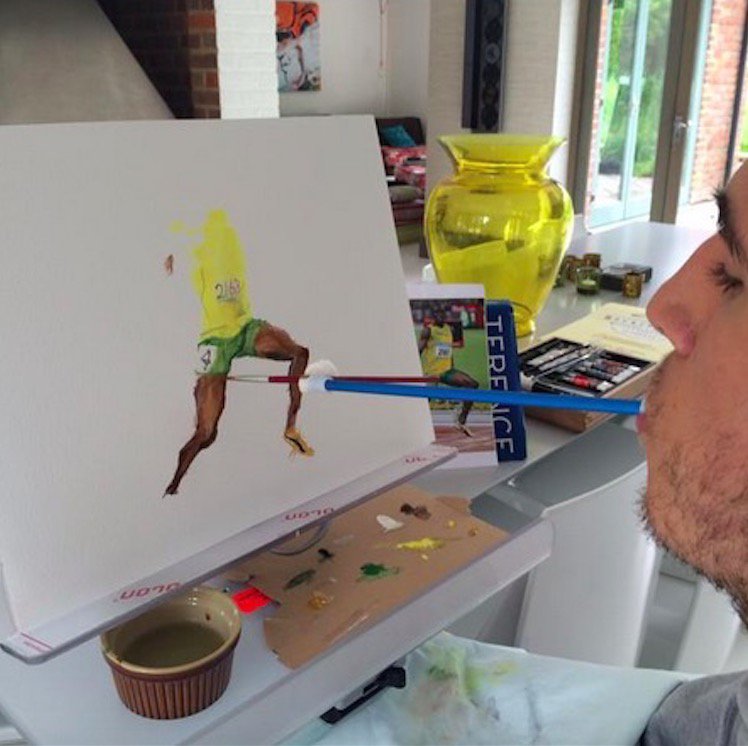 Fraser told Mirror that he went through a “very dark time” after the accident, but he eventually discovered a new talent that turned things around— mouth painting.

While he’s gained acclamation from people all over the United Kingdom, he’s also experienced the cruelty of internet trollers.

After sharing his tragic story, he received a nasty email from a woman by the name of Laura.

By nasty, I mean this lady is an absolute piece of human garbage. I hope she has faith, because she better pray to God for mercy on her soul. Below is her choice words for Henry:

Woke up to this email. All I achieve from now will be because of the motivation you have given me. Thank you Laura 😚 pic.twitter.com/k5cFmicwLw[3]

And his response? Perfection:

I'm not sure she liked my response. Maybe if I put more kisses she might turn? 😜🙈 pic.twitter.com/J9OkkckIi4[5]

Even though Fraser didn’t take her words to heart — in fact, he told her that his motivation now comes from her words — he did receive an outpour of support from an unexpected fan.

None other than J.K. Rowling responded to his tweet.

Woke up to this email. All I achieve from now will be because of the motivation you have given me. Thank you Laura 😚 pic.twitter.com/k5cFmicwLw[3]

Wow. **mic drop** Looks like you certainly got yours, Laura. I hope nothing tragic ever happens to you, mostly because I am not a mean person, per say, but I would hate to think of you getting all your karma in the worst possible way. You should never talk to anyone the way you did to a kid who was involved in a diving accident that paralyzed him. If you think he doesn’t think of that every single day, and somehow your trashy email ‘enlightened him’ – well, honey, you have another think coming. Best of luck to you, and by the way? An apology is in order here.