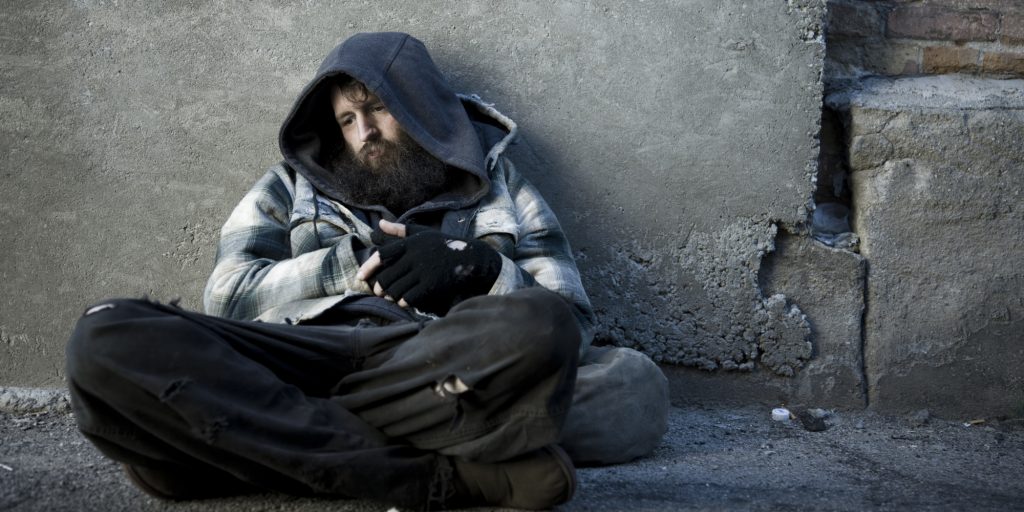 Some rich town in the UK has decided to fine anyone who approaches another person for money. This would include hanging out on the street with a sign and a tin can. The town in question is Royal Tunbridge Wells in Kent, England. The idea has ignited the ire of plenty of people.

Royal Tunbridge Wells, which just sounds like the most British queenly powderpuff town, said the “Public Space Protection Orders” (PSPO) were trying to “tackle anti-social behavior” and that nothing has been decided as of yet.

The council released a statement: “The proposal is not to prohibit begging or rough sleeping but to deal with it very carefully and with discretion so that people who are genuinely homeless or in need can be encouraged to engage with agencies who are in a position to help them. We quite understand that there is no point in fining someone who has no money.”

Yeah, it doesn’t come off that way. So, you understand that there is no point in fining someone with no money and this doesn’t prohibit begging, but it does prohibit begging and you want people to turn to the government for help instead of just begging for money because it’s an eyesore on your frilly, fruity, besmocked town. I assume.

Look, I get it. Homeless people smell bad, they usually pee everywhere and no one wants to feel the guilt of walking by one with nothing to give them. But that’s no reason to do something like this.

The online retail outlet Childrensalon, who employs over 300 people in the town, told Metro.co.uk how the PSPOs “struck a nerve” with the company.

“We as a company feel it is the wrong thing to do. They [the council] need to think more about solutions, not the problem,” a spokeswoman for Childrensalon said. Over 5,000 people have signed the company’s petition in a week.

One of the petition signers said: “Punishing people already at their lowest ebb with fines for begging is inhumane and cruel. We should be helping them find solutions.”

Childrensalon’s CEO Michele Harriman-Smith chimed in: “This is a heartless and useless exercise that punishes a vulnerable group of people who are actually in-need of help rather than being fined. Now that colder temperatures are here we urgently need to focus on how we can solve the issue of homelessness rather than punishing people that are begging because they have no means to live.”

I hope we can be more compassionate towards the homeless than these stuck up prudes. Some people are homeless impostors[2], sure, but a lot of them are mentally ill and a staggering amount of them are veterans. I agree that we need to look for solutions, such as getting rid of governments altogether.

It's #LivingWageWeek[3]! Support us because a hard day's work deserves a fair day's pay #livingwage[4] https://t.co/yyo0vXMPao[5]

Although these people clearly do not understand economics with the “living wage” tweet, I commend them for their petition. It was plenty interesting when I went searching through their Twitter to find they are the type who would clamor for more government for everything under the sun, but don’t understand it’s precisely the government itself that causes homelessness and poverty. To be blissful in your utter ignorance, what a way to live. I think the solution is less government, not more, but at least we agree that this kind of law is hurting those who are already the most vulnerable in our society. Do you agree? Or should we ship all homeless people to the coal mines?