Puerto Rico Mayor Has Presser in Front of Undelivered Supplies

Puerto Rico is still reeling in the wake of Hurricane Maria which devastated the entire island. Their lack of planning has left so many people without food and drinkable water, and they are unable to transport supplies to those who need them most.

The aid that has been sent there from the United States remains untouched in shipping ports in the town of San Juan. 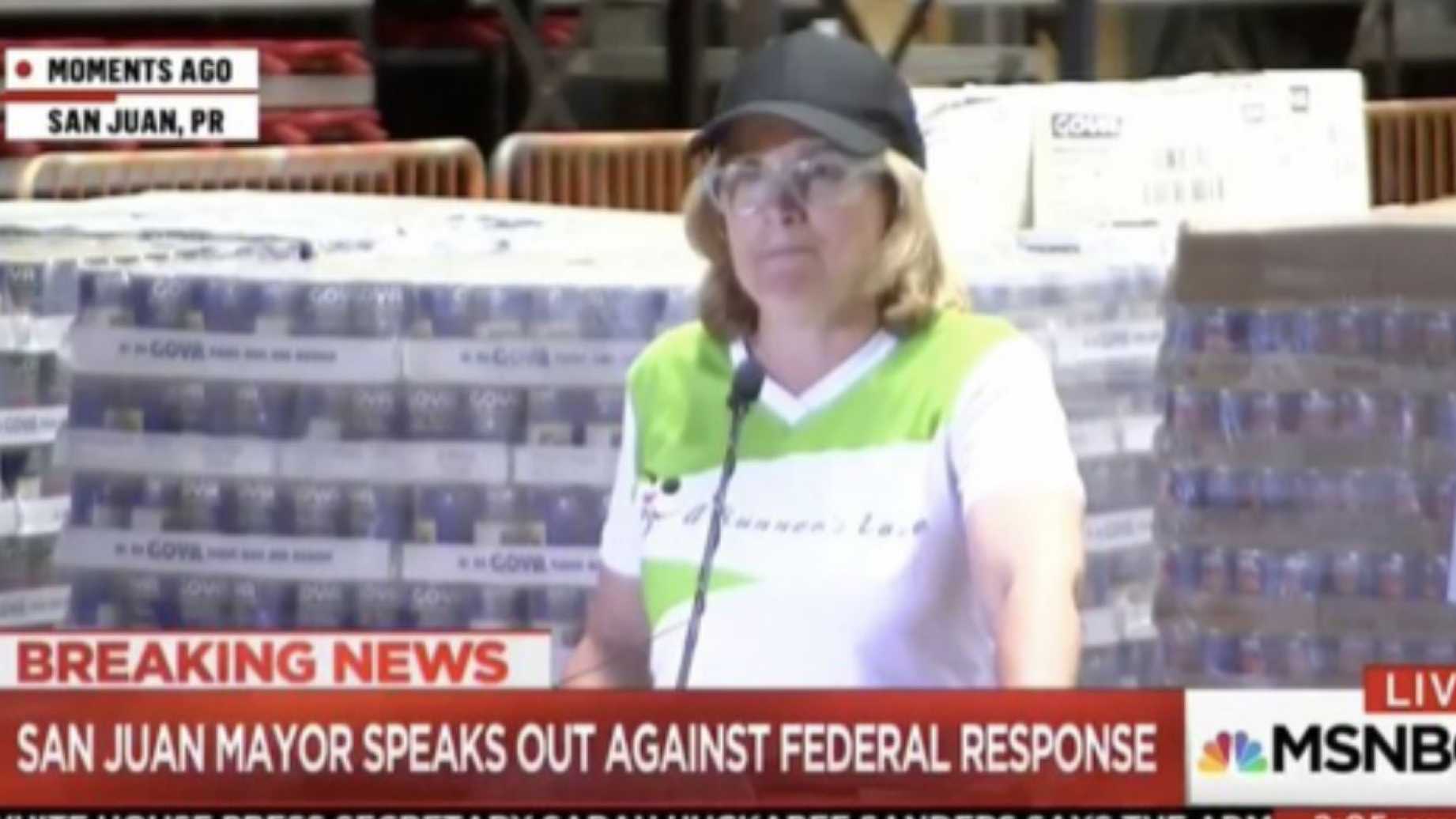 President Trump lashed out against the leadership in Puerto Rico on Saturday, claiming that the Democrats there were instructed to blame his White House for the fact that supplies weren’t reaching the needy.

His statement was called inappropriate and criticized by members of both parties, but this Sunday reveals that perhaps he isn’t entirely wrong.

San Juan Mayor Carmen Yulín Cruz held a press conference in front of palates of undelivered supplies that haven’t even been removed from their shrink wrap and were just sitting on the tarmac at the airport. Word also has it that there is still more aid sitting in shipping containers at the San Juan port.

But even the uber-liberal MSNBC had to admit that this isn’t Trump’s fault. Puerto Rico’s leadership is simply having a difficult time coordinating their disaster relief efforts.

Shipping company Crowley reported about 9,500 shipping containers of food, medicine, clothing, water and other various types of aid were sitting at the dock, but only about 4% of that had been dispatched. This could be because of the lack of functioning cell towers, which has made communication extremely difficult. Another explanation could be that only 20% of truckers have reported back to work after Maria and they are experiencing fuel shortages as a result of the disaster.

The problem is not one that begins and ends with President Trump, it is a logistics problem that rests squarely on the heads of local leadership. They were poorly prepared for this disaster and it is causing the innocent people of Puerto Rico to suffer.

Despite their complaints, however, the U.S. Army Corps of Engineers is on the ground rebuilding roads, bridges and doing their best to move supplies inland from the port. The U.S. Defense Logistics Agency is transporting 124,000 of fuel to the island and FEMA has restored power to several thousand people in the largest cities on the island.

“The problem that we have with the mayor unfortunately is that unity of command is ultimately what’s needed to be successful in this response,” said FEMA administrator Brock Long. “What we need is for the mayor, the good mayor, to make her way to the joint field office and get plugged into what’s going on and be successful.”

While there are many people to blame for the needless suffering happening on the island, it’s clear that none of those people are President Trump.