If you have ever had the experience of deep sea fishing, you know the feeling your body gets when you make a dive. The pressure can be crippling if you don’t know what you are doing and can quickly turn deadly. Bruce Lee once said that water is the softest substance in the world…but he also said it can crush and with that, it can also crush a human’s insides with its immense volume. 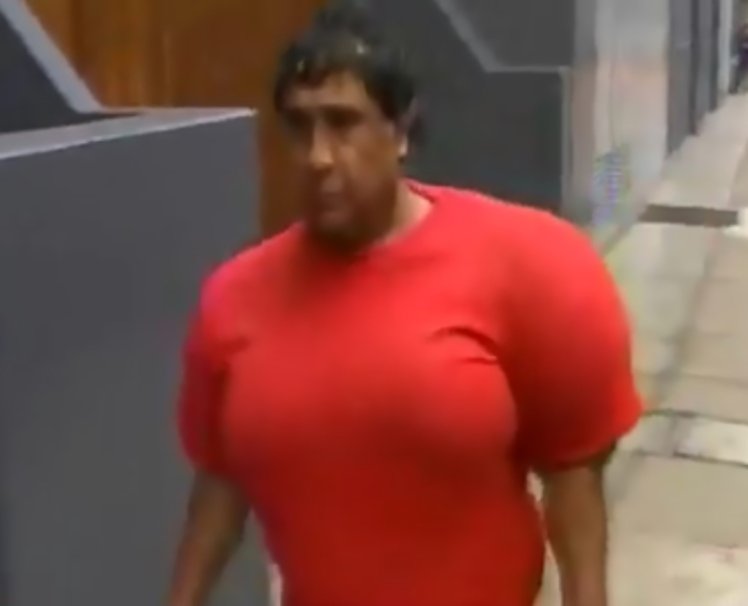 There is one fisherman who has to suffer everyday now because he forced himself up to the surface of the water too soon on a dive and suffered a severe form of the bends. It is so bad, that he looks as if someone stuck a hose under his skin and inflated him. Now doctors work to try and ease the burden of this man’s condition.

Alejandro Ramos Martinez is a Peruvian fisherman who has now made headlines after he gained close to 70 pounds in his arms and his chest and core after he was attempting to dive down to the sea floor to collect sea creatures. What caused his body to bubble up in such a fashion was the nitrogen in his blood. He rose from the sea floor way too fast, and his body didn’t have time to adjust to the new pressure, which cause the nitrogen in his blood to swell up. 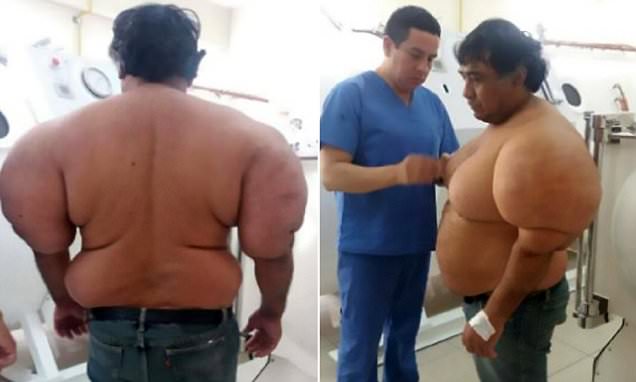 That nitrogen in his body stretched out his skin and as you can imagine, caused immense pain for the fisherman. Not only that, but he also suffered from what they call decompression sickness and all of this can be labeled under two words: The bends.

The symptoms of such an illness is devastating and painful, and includes swollen joints; mottled, itching skin; brain damage; paralysis; headaches; coughs; dizziness, as well as nausea. Getting ‘bent’ is probably the worst fear that a diver has and many train to discipline themselves while under water, because if anything goes wrong, panic can make anyone rise too fast to the surface and that is an action that will be sure to kill you.

Alejandro now has the pleasure of dealing with the oxygen treatments that he receives in a pressurized chamber. Miguel Alarcon is a doctor in Pisco, Peru and has said that he and his associates have so far only succeeded in pumping out 30 percent of the swelling that is going on in Alejandro’s body.

Alejandro has to deal with this sickness now, so let this be a lesson to would-be divers: Take your time coming up!