An exhibit containing grizzly bears at the Minnesota Zoo is temporarily closed after one of the three bear residents picked up a rock and smashed it against the 5-layer safety glass multiple times. Startled zoo visitors stood in shock as the glass stayed in place despite the impact. More from the Daily Mail[1]: 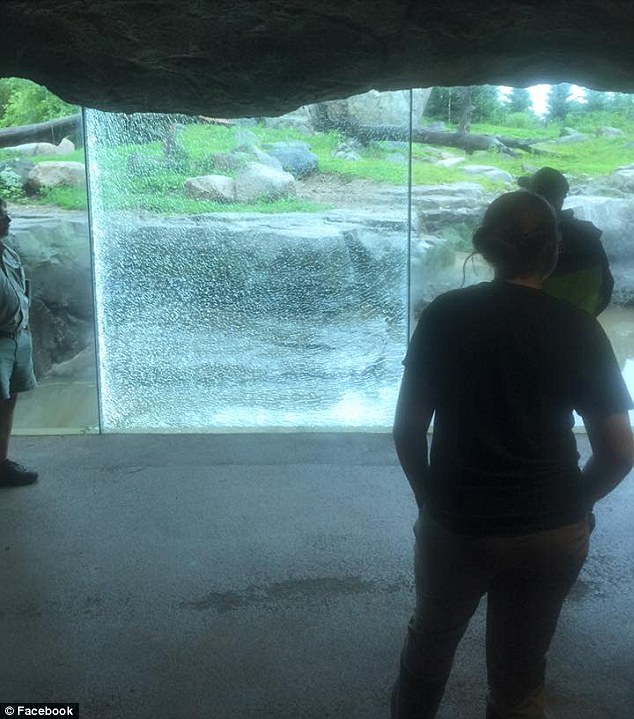 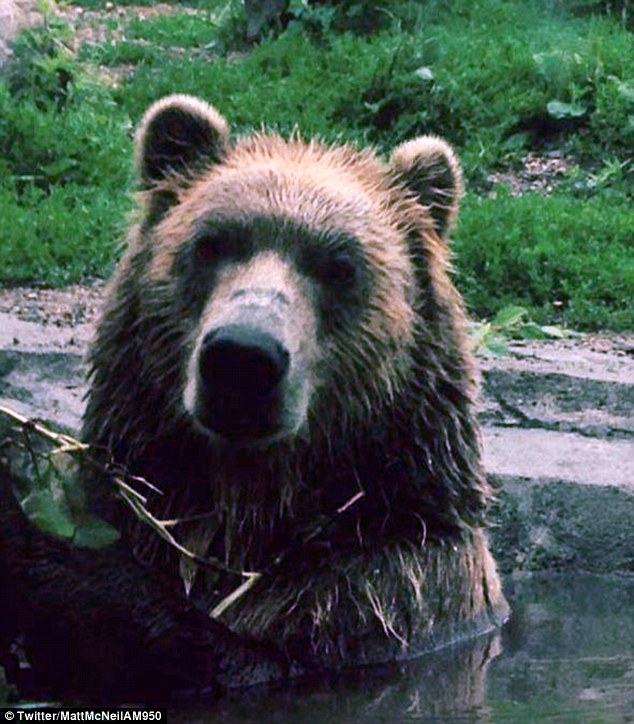 The grizzlies were called back inside and the area will be closed until a temporary fix can be made ahead of the installment of a permanent, custom-made pane, Fisher said.

He isn’t sure which of the three bears is responsible for busting one of pane’s five layers, but he suspects it was Kenai – a nearly full-grown male who is ‘usually the clown out there’.

‘He didn’t know what he was doing. He was just being a bear,’ Fisher told the Minneapolis Star Tribune.

Ficker said not long after, the grizzly bear ‘picked up from the bottom of the pool a rock that had to weigh 50 pounds’.

‘While many people were standing there, he slammed it against the glass several times,’ Ficker continued.

Minnesota radio personality, Matt McNeil, was at the grizzly bear exhibit just before 10am with his kids and took pictures of the bear only minutes before the incident happened.

‘For the record, I’m very glad my kids were not there when this bear did this. Minutes after we left,’ McNeil tweeted.

Items in the exhibit that the bears are able to lift, including rocks, are supposed to be secured in place.

Following the incident, Fisher said the zoo will have to anchor down any of the times that can be lifted.

Grizzly bears have a life span of 25 years in the wild and usually weigh 800 pounds.

I don’t know about you, but I would sure be scared if I was a visitor at the zoo that day and saw the grizzlies behaving this way. It’s important to remember that these animals are not just there for our entertainment, and that they are wild creatures that are capable of some forms of play that we humans might get hurt by.