The world may be full of evil people doing evil things, but sometimes you run across a story like this and it makes your heart sweet with joy.

Seeing someone who is in no position to give anything to someone do whatever they can to help someone who is in a bad situation is just heartwarming. A young woman broke down on the highway and a homeless man actually came to her rescue. This is something that I never thought I would say, but when you hear the story you’re going to have to break out the Kleenex. 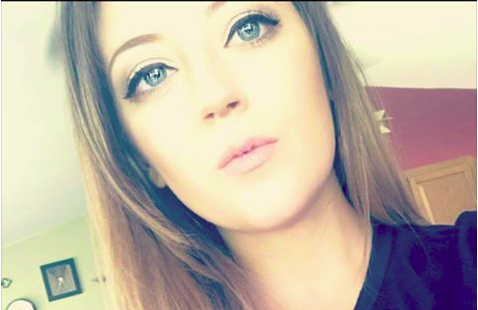 When you see a panhandler, you often think that they are trying to get their money for drugs or alcohol, or to fuel whatever other addiction that is the reason they have to beg for money on the side of the road.

Kate McClure, 27, of Florence Township, New Jersey ran out of gas before reaching her destination. She was stranded on the side of the road and began to walk to the nearest gas station. Instead, a homeless man told her to get into her car and lock the doors. She was spooked at first, but did as he asked.

Not long after that, Johnny Bobbitt Jr. – 34 – came back with a can of gas and emptied it into her car. He had spent his last $20 to buy her gas to get her to where she was going.

Despite not having any cash to repay him for his selflessness, McClure made a promise to do whatever she could to help him out. A few weeks later, she returned to the highway with a gift basket money, food, supplies and gift cards. She brought the man cereal bars and he even offered her one. When she told him that all of what she bought was for him, he became excited to share it with “the guys,” assuming he meant fellow homeless people.

On the trip, McClure learned about Bobbitt and how he became homeless. Apparently he was a former paramedic and went to Philadelphia on a job lead that ended up falling through. It didn’t take long for him to run through his savings and become destitute.

Because of his story, McClure and her boyfriend set up a GoFundMe with a $10K goal. When the couple raised the first $1,700, they surprised Bobbitt with the news and a bottle of champagne.

This is something that we need to share around.