Teens Trapped In Cave, The Reason Is Startling!

Just bitingly stupid.[1] Four teenagers in the UK decided to play the Pokemon Go game on their phones. They somehow decided to go to the Boxfields Caves. These are deep, intricate caves that were originally meant for use by the Ministry of Defense and the government in case of a nuclear attack. Some of the caves are open to the public, but you are only supposed to go down there with a map and a guide. These boys got lost and somehow found a spot where they had enough signal to call the authorities. They are damned lucky they didn’t get lost forever or die down there. 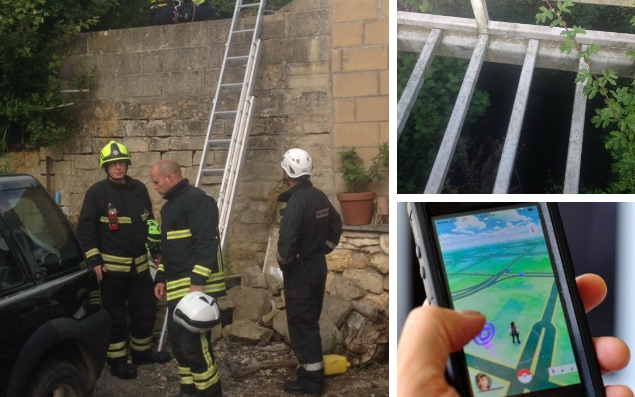 Specialist mine rescue teams were scrambled after four teenagers got lost in a cave while hunting for Pokémon.

The group headed into the underground network of tunnels to play Pokémon Go, the location-based augmented reality mobile phone game.

But they lost their way in Boxfields Caves, near Corsham, Wiltshire, and were forced to wander around until they found enough signal to call 999.

Three fire crews and two rope units enlisted the help of a key holder – who has access to a locked part of the cave – to help find the children and lead them to safety on Thursday evening.

Seeing stuff like this makes you feel like the entire human race is just simply doomed. It took three fire crews and two rope units to pull these kids out of there. I would assume all of them got a royal butt chewing by authorities and their parents. The tunnels go down as far as 120 feet and I am sure there are things and places that the MOD doesn’t want the public to have access to or see for security reasons. Another teen who was playing this idiotic game was hit by a motorbike. He’ll live, but sadly there is no known cure for stupidity.